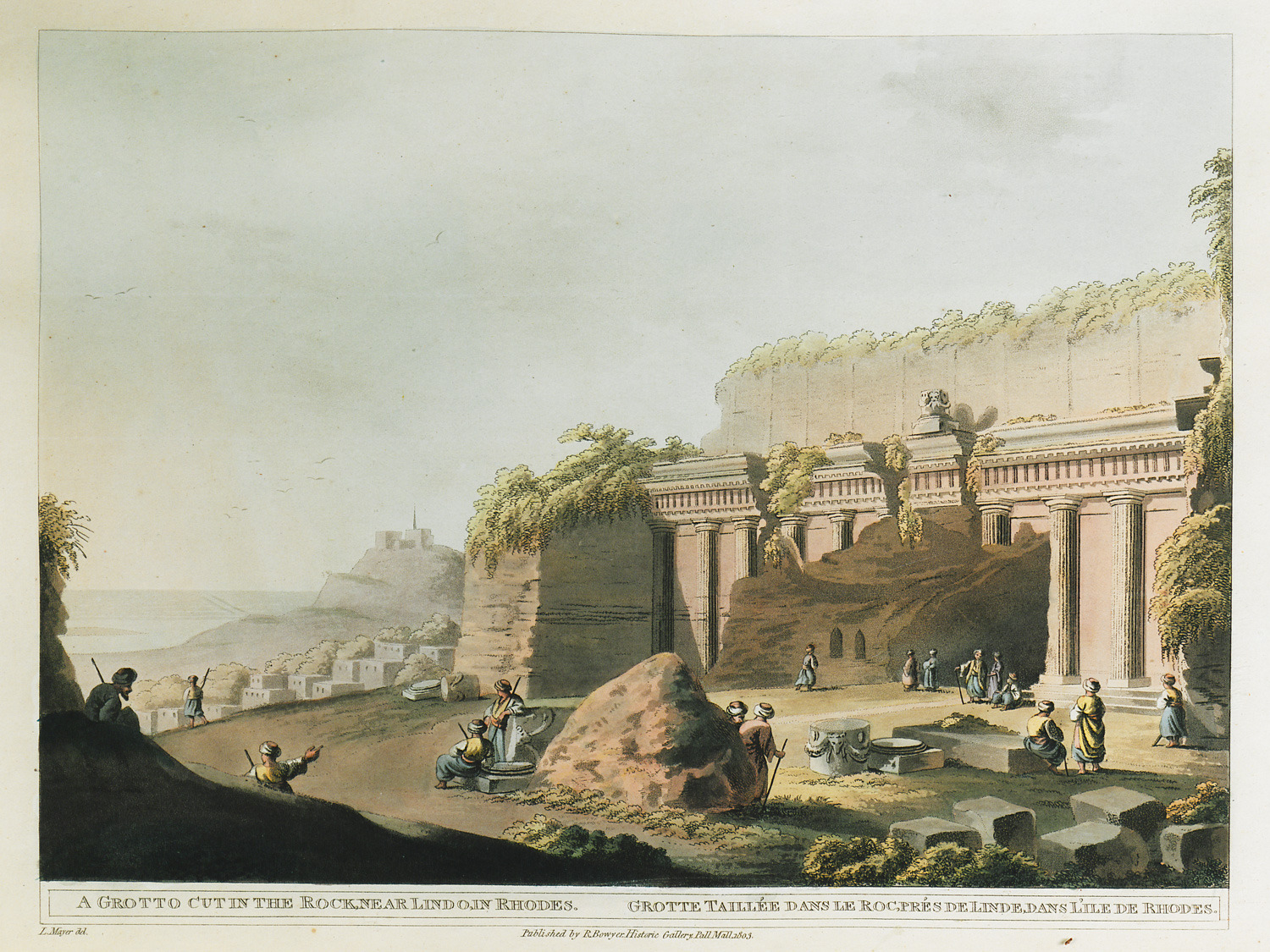 A grotto cut in the rock near Lindo, in Rhodes.

MAYER, Luigi. Views in the Ottoman Empire, chiefly in Caramania, a part of Asia Minor hitherto unexplored; with some curious selections from the islands of Rhodes and Cyprus, and the celebrated cities of Corinth, Carthage, and Tripoli: from the original drawings in the possession of Sir R. Ainslie, taken during his embassy to Constantinople by Luigi Mayer: with historical observations and incidental illustrations of the manners and customs of the natives of the country, London, R. Bowyer, 1803.