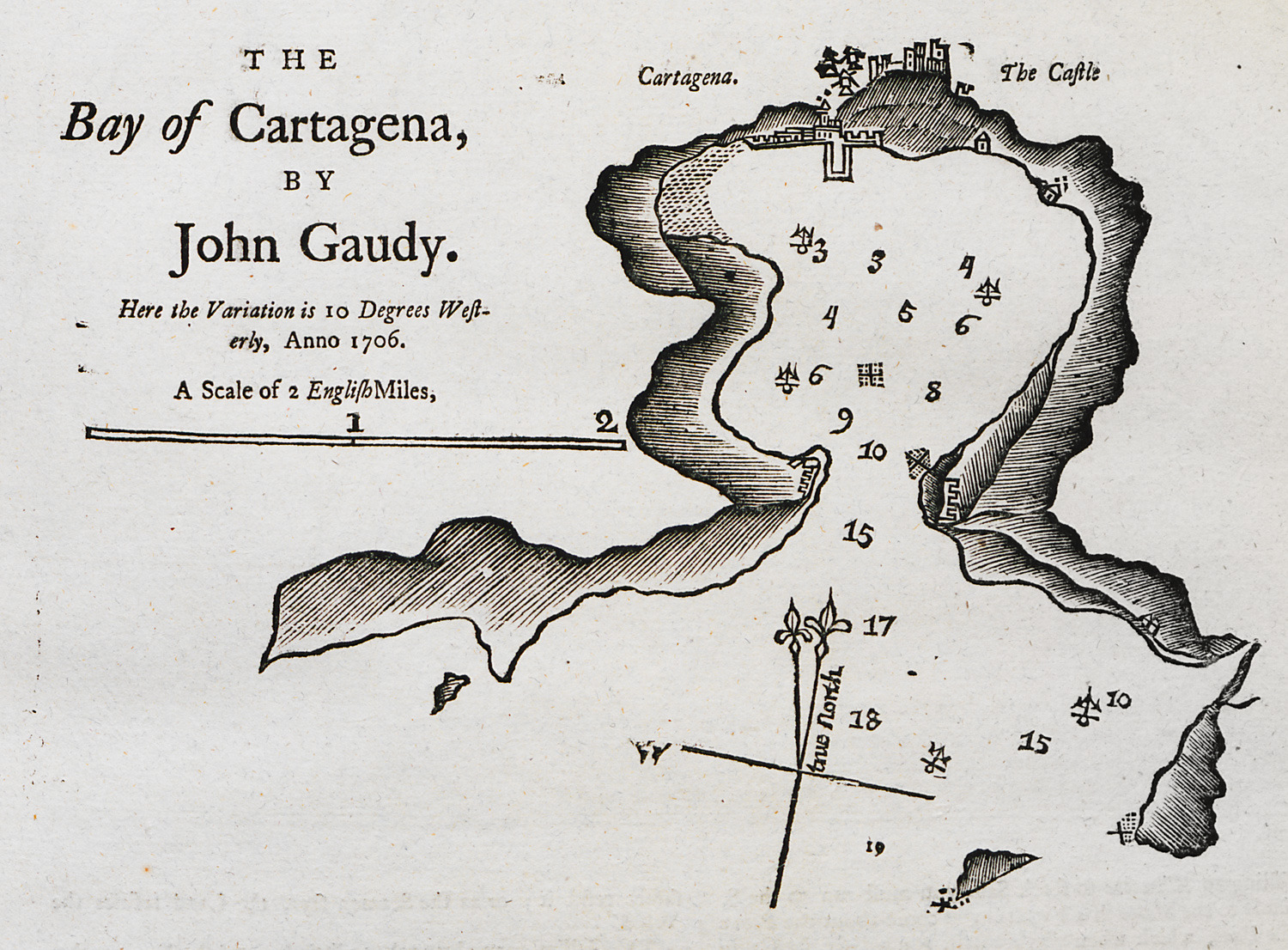 Nautical chart of the bay of Cartagena, Spain.

The bay of Cartagena.