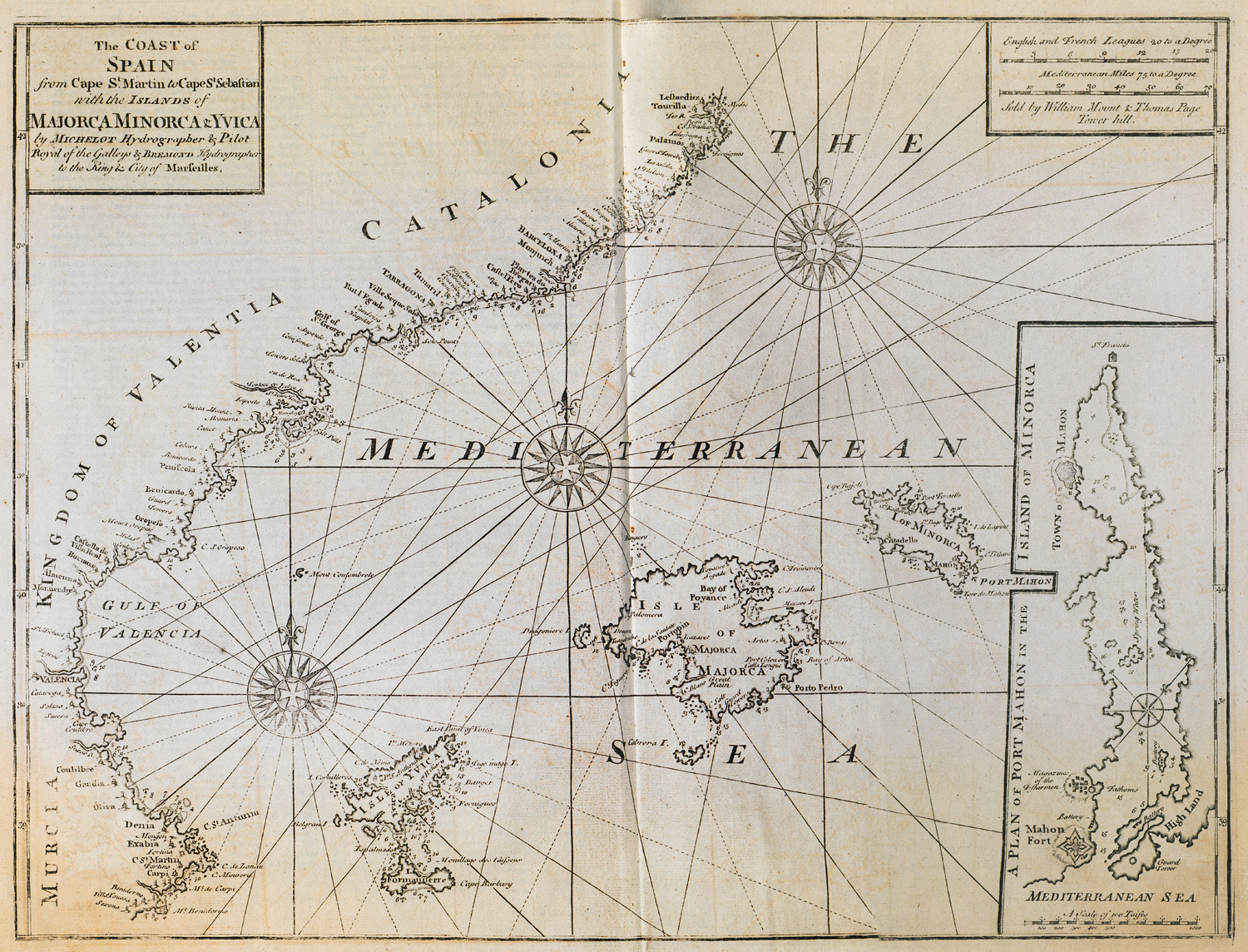 Nautical chart of the Balearic islands and the coast of Spain from Murcia to Barcelona.

The coast of Spain from cape St. Martin to cape St. Sebastian with the islands of Majorca, Minorca and Yvica.