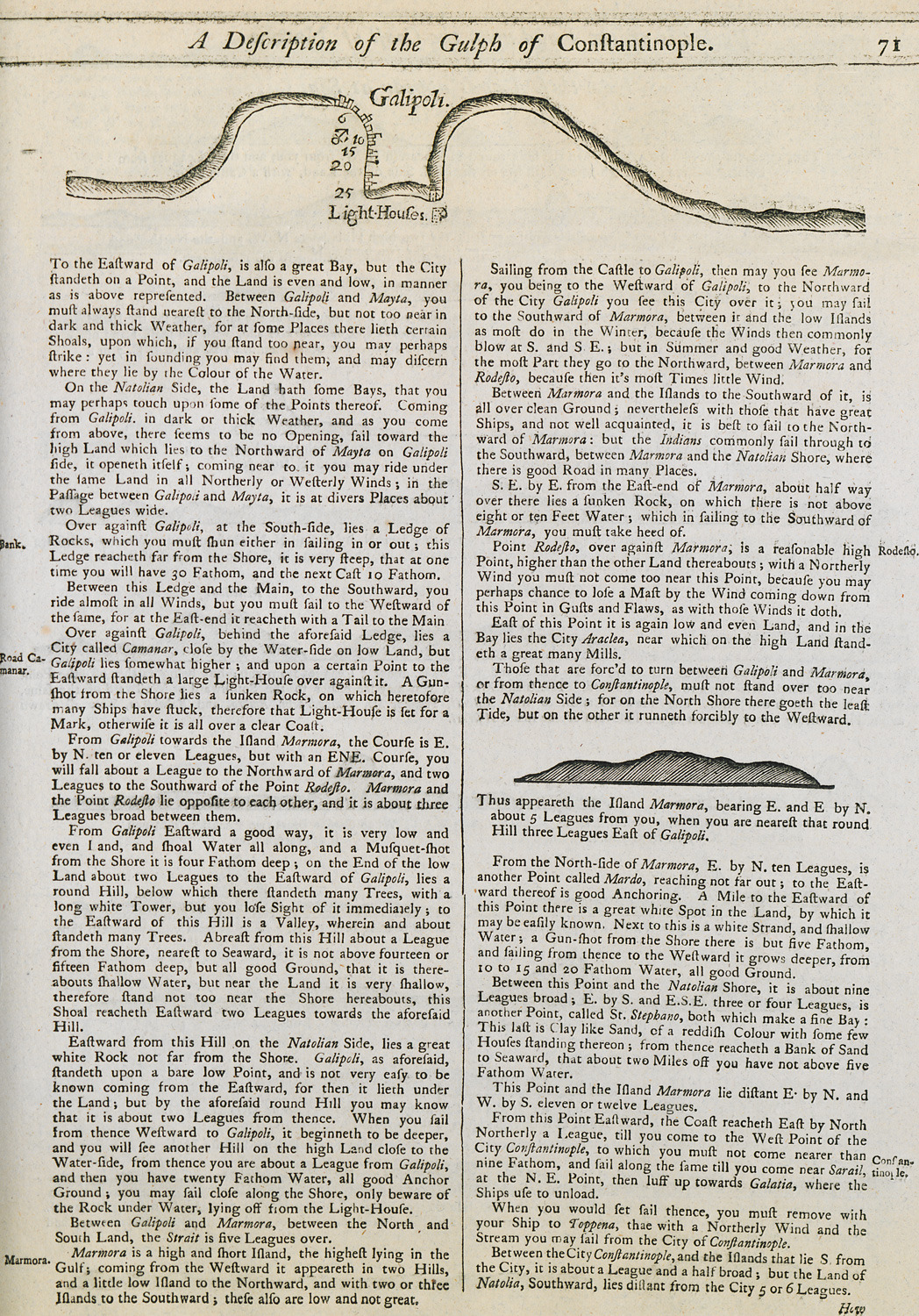 Nautical chart of the bay of Gallipoli, Turkey. View of Marmara island.