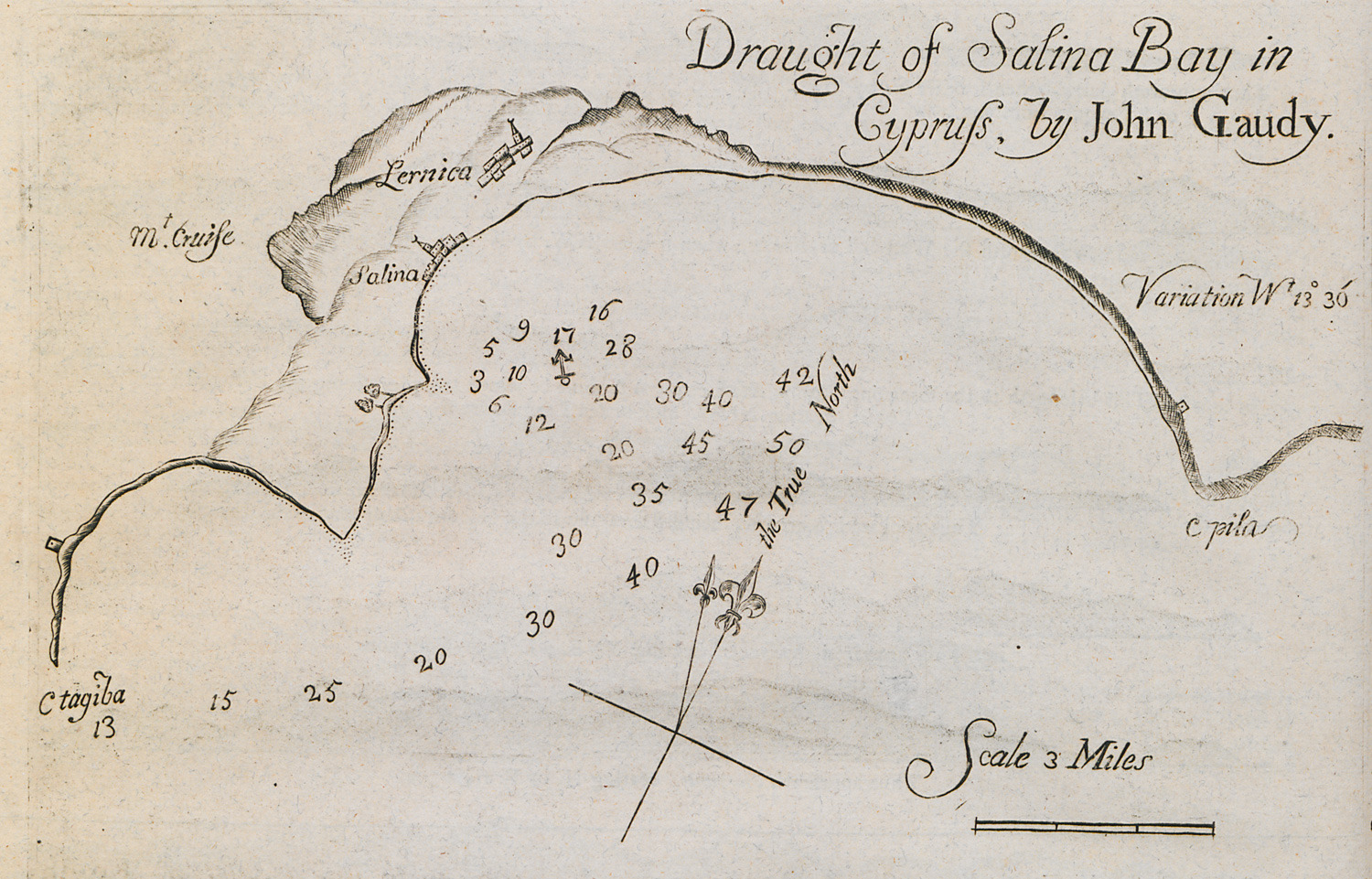 Nautical chart of the bay of Larnaca.

Draught of Salina bay in Cypruss.