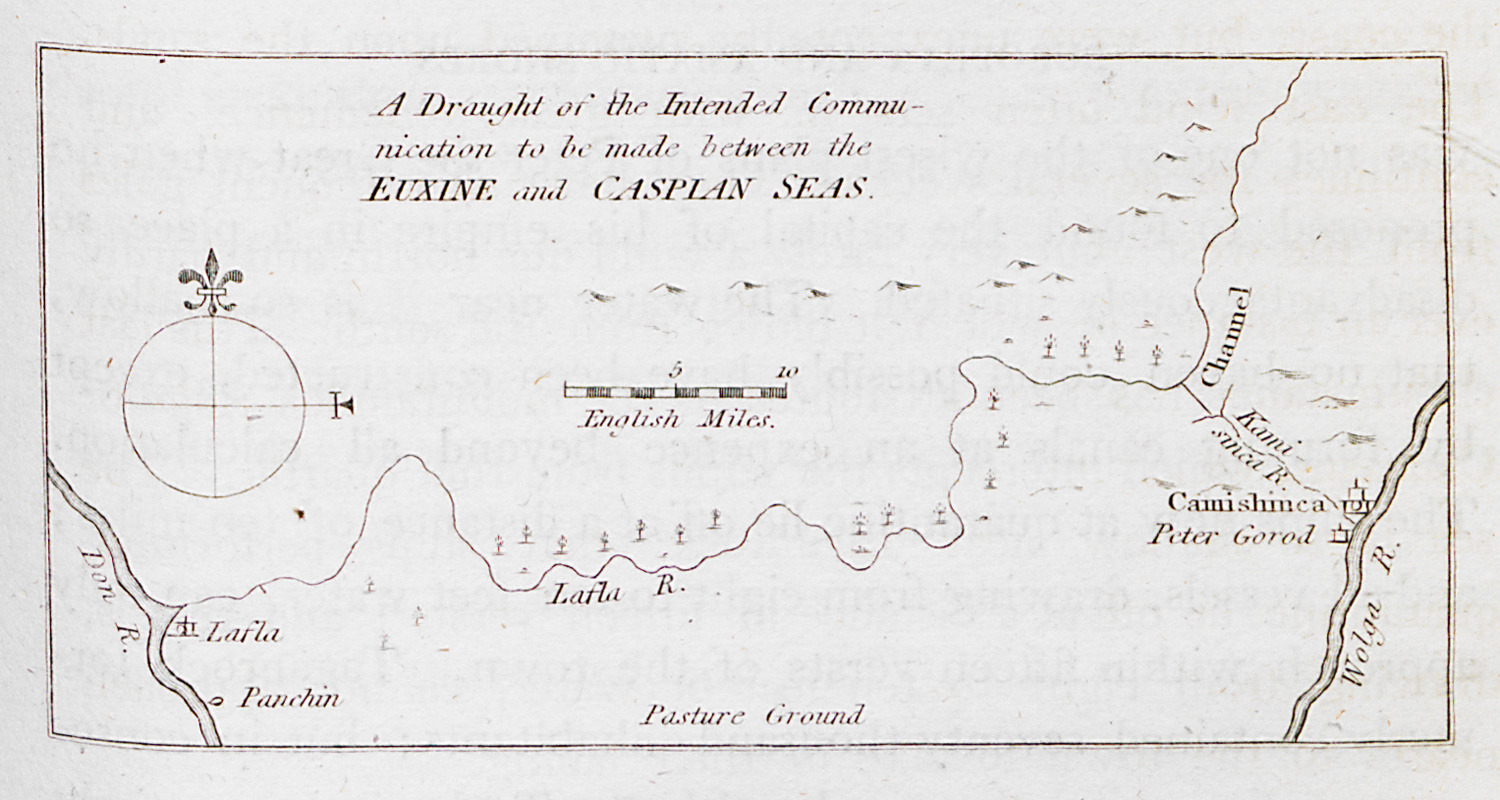 Map of the Don-Volga canal. Initially envisioned by the Ottomans and later by the Russians, the canal, which connects the Sea of Azov to the Caspian Sea was only completed in 1950.

A Draught of the intended Communication to be made between the Euxine and Caspian Seas.