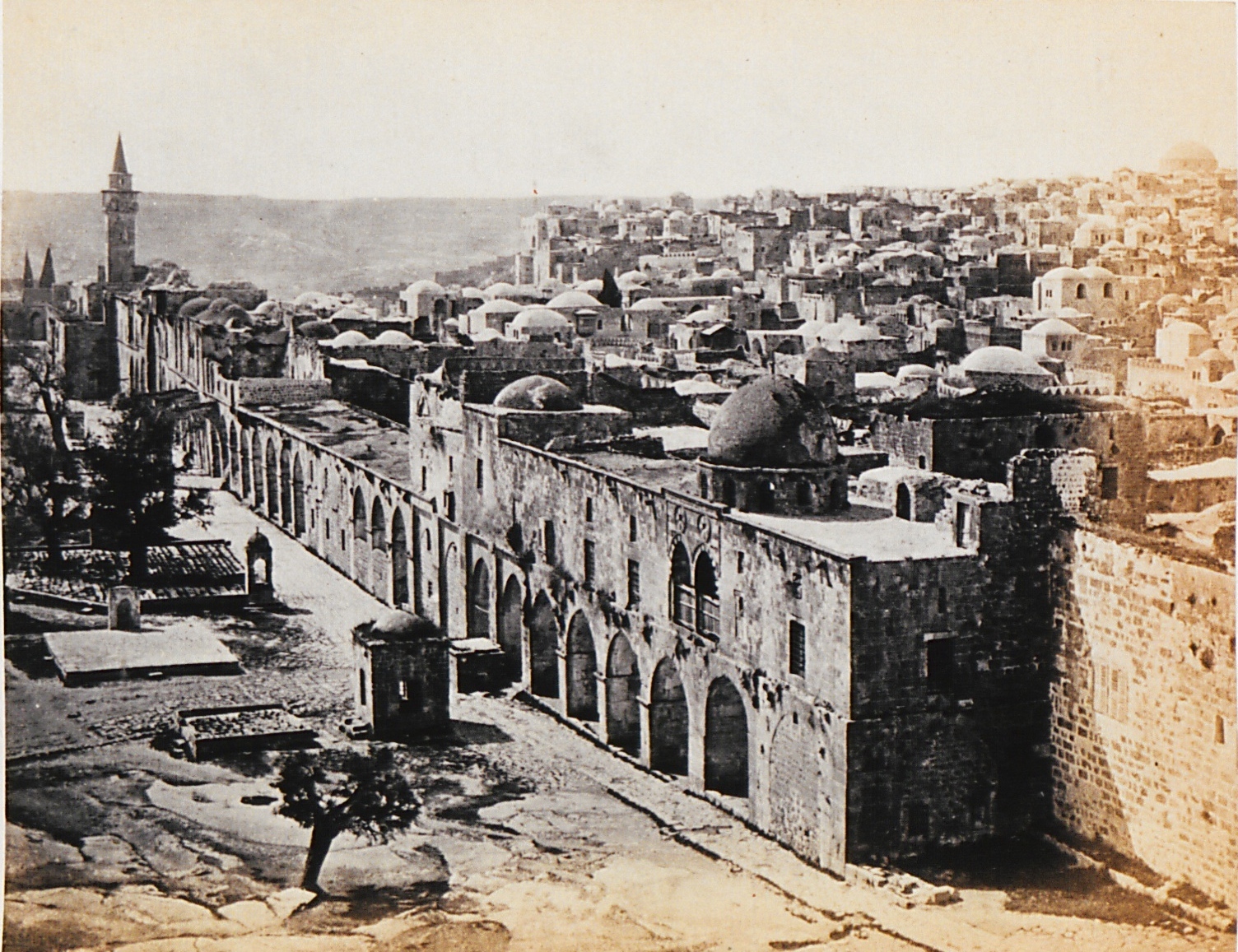 Mount Zion, Jerusalem. In the foreground, part of the enclosure of the mosque of Dome of the Rock. In the background, on the left, the minaret of the pasha's house.

Jerusalem. Mount Zion from the Governor's House, showing the West side of the Endosure.