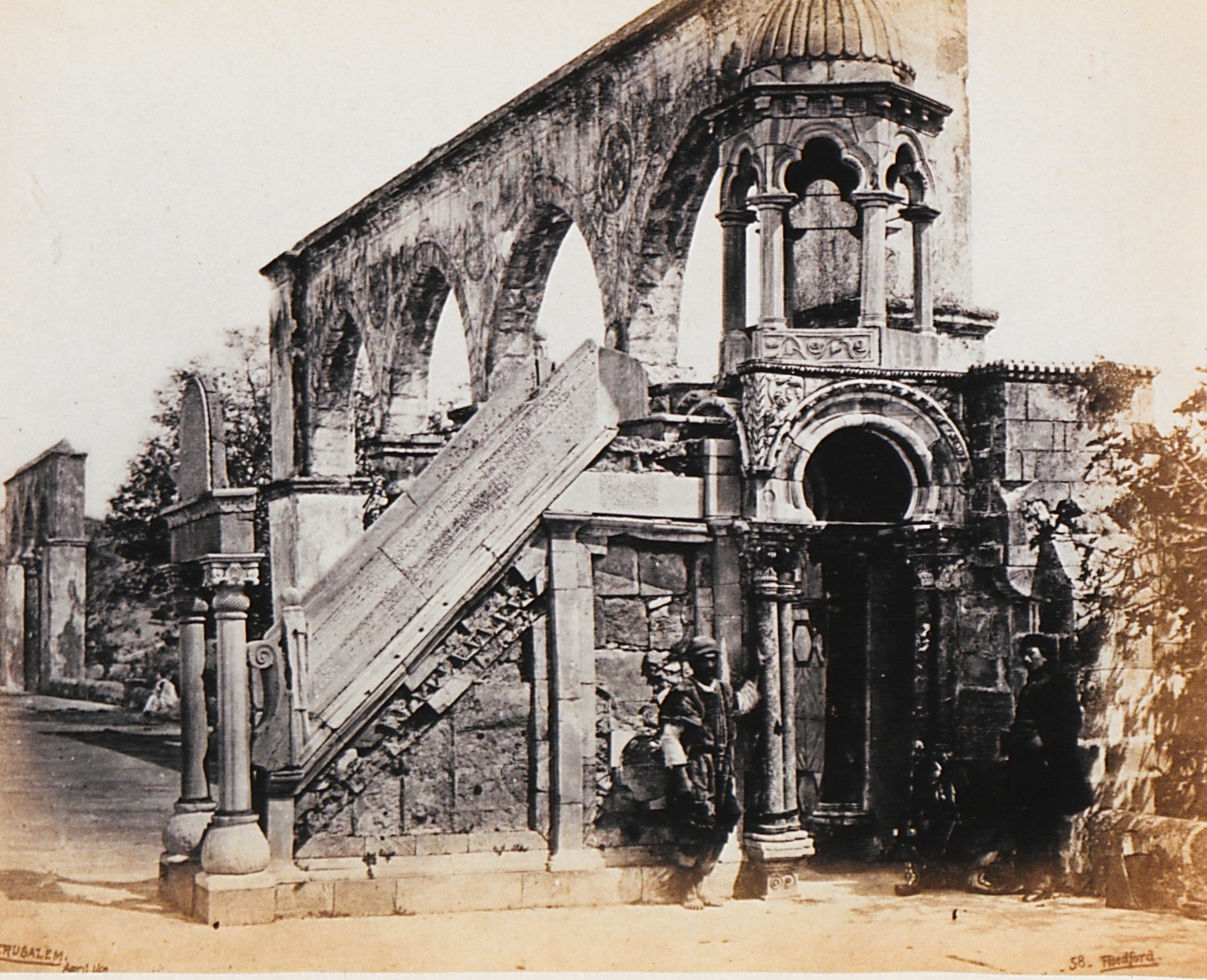 The “spring minbar” of the mosque of Dome of the Rock, Jerusalem (Mamluk period).

Jerusalem. Minbar in the Endosure of the Mosk of the Dome of the Rock.