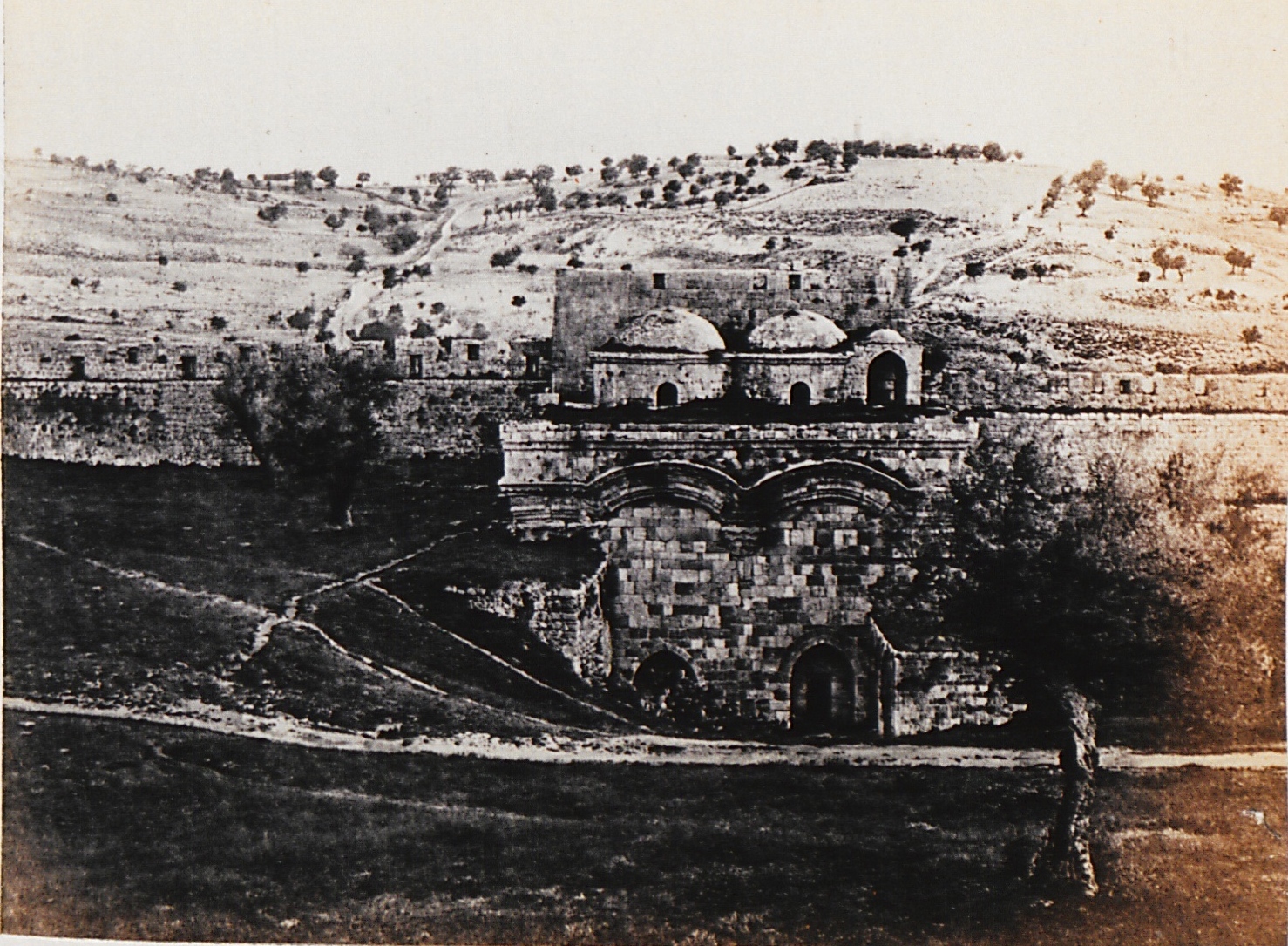 The Mount of Olives as seen from the mosque of Dome of the Rock, Jerusalem.

Jerusalem. The Mount of Olives from the Mosk of the Dome of the Rock.