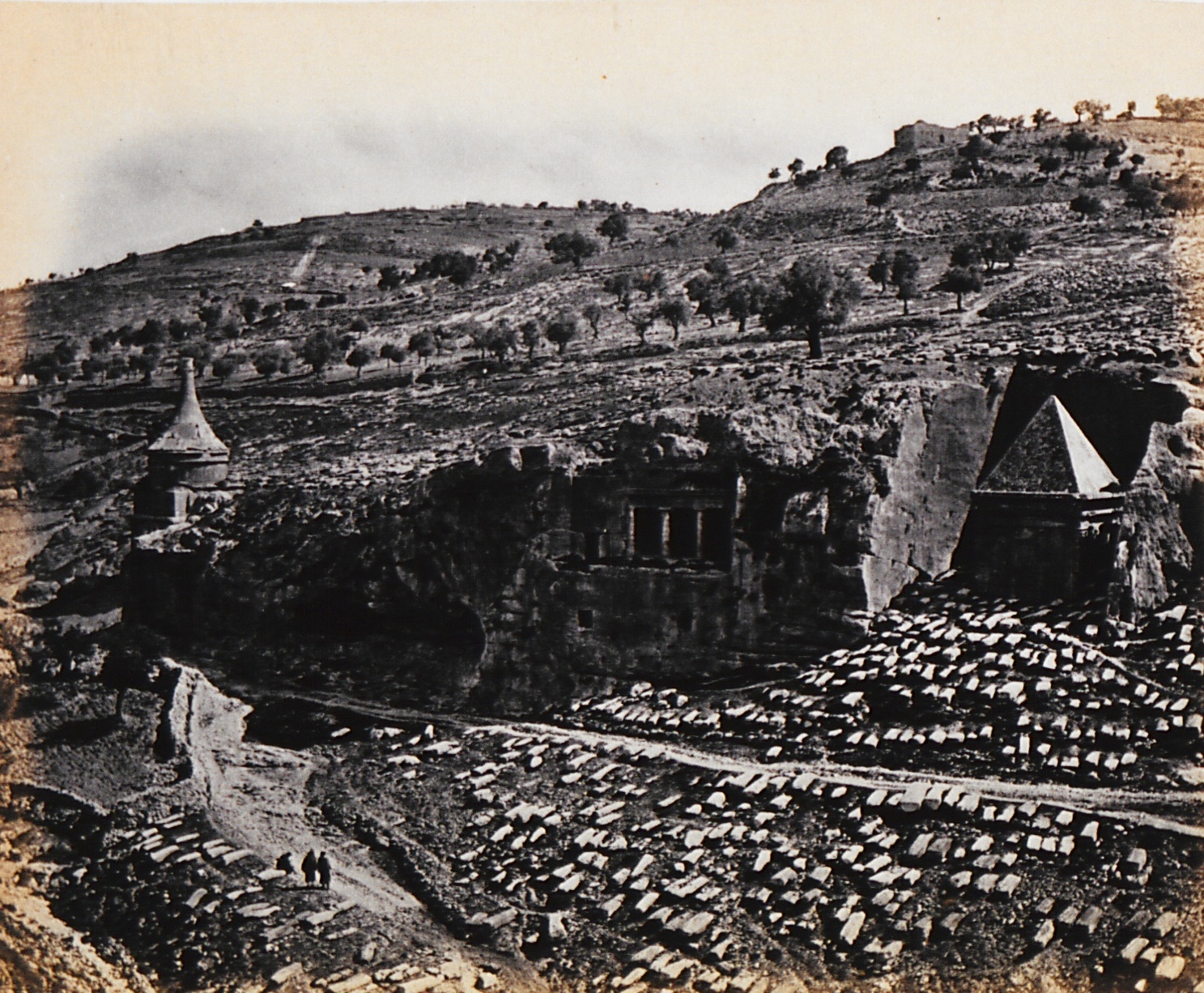 The monuments known as tombs of Josaphat, Absalom and Zechariah at Kidron Valley, Jerusalem.

Jerusalem. The so called Monuments of Absalom, James and Zacharias in the Valley of Jehoshaphat with the modern Gravestones.