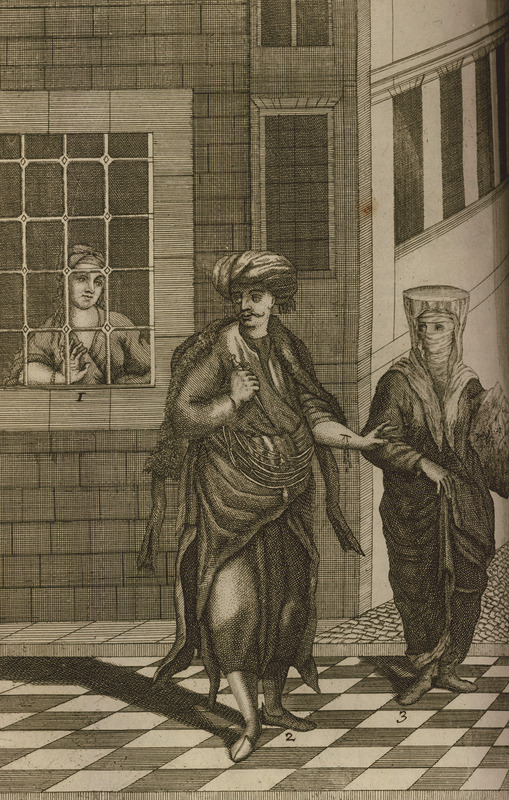 A Janissary courts a young woman; he has slashed his arm as a token of his affection. A Jewish matchmaker is standing on his side. La Motraye states that he witnessed the scene himself. The Jewish quarter of Balat in Istanbul. Jewish woman in the quarter of Balat. Snapshot from everyday life in the Jewish quarter of Balat. 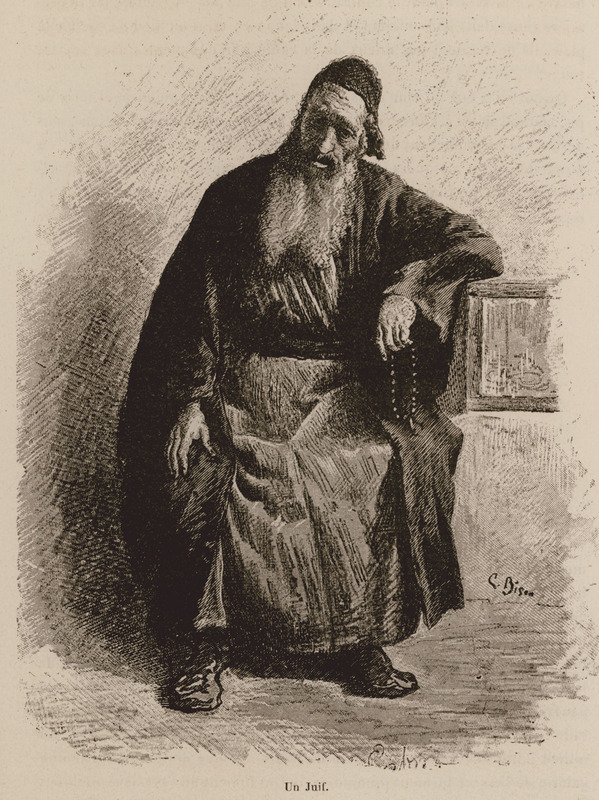 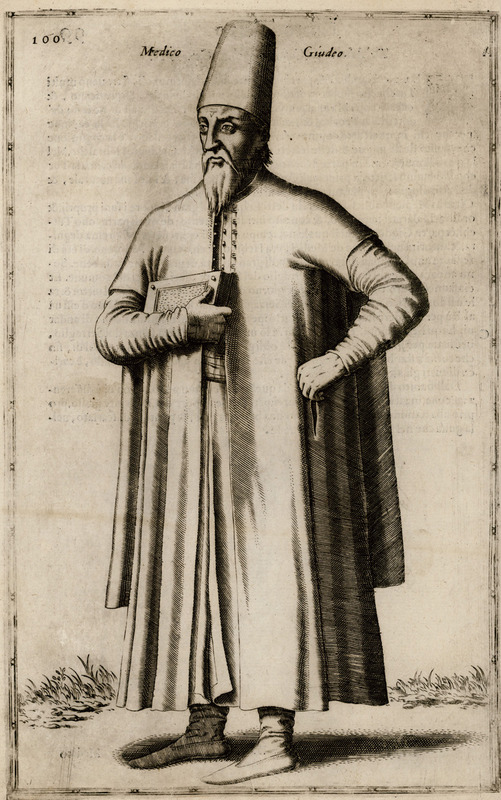 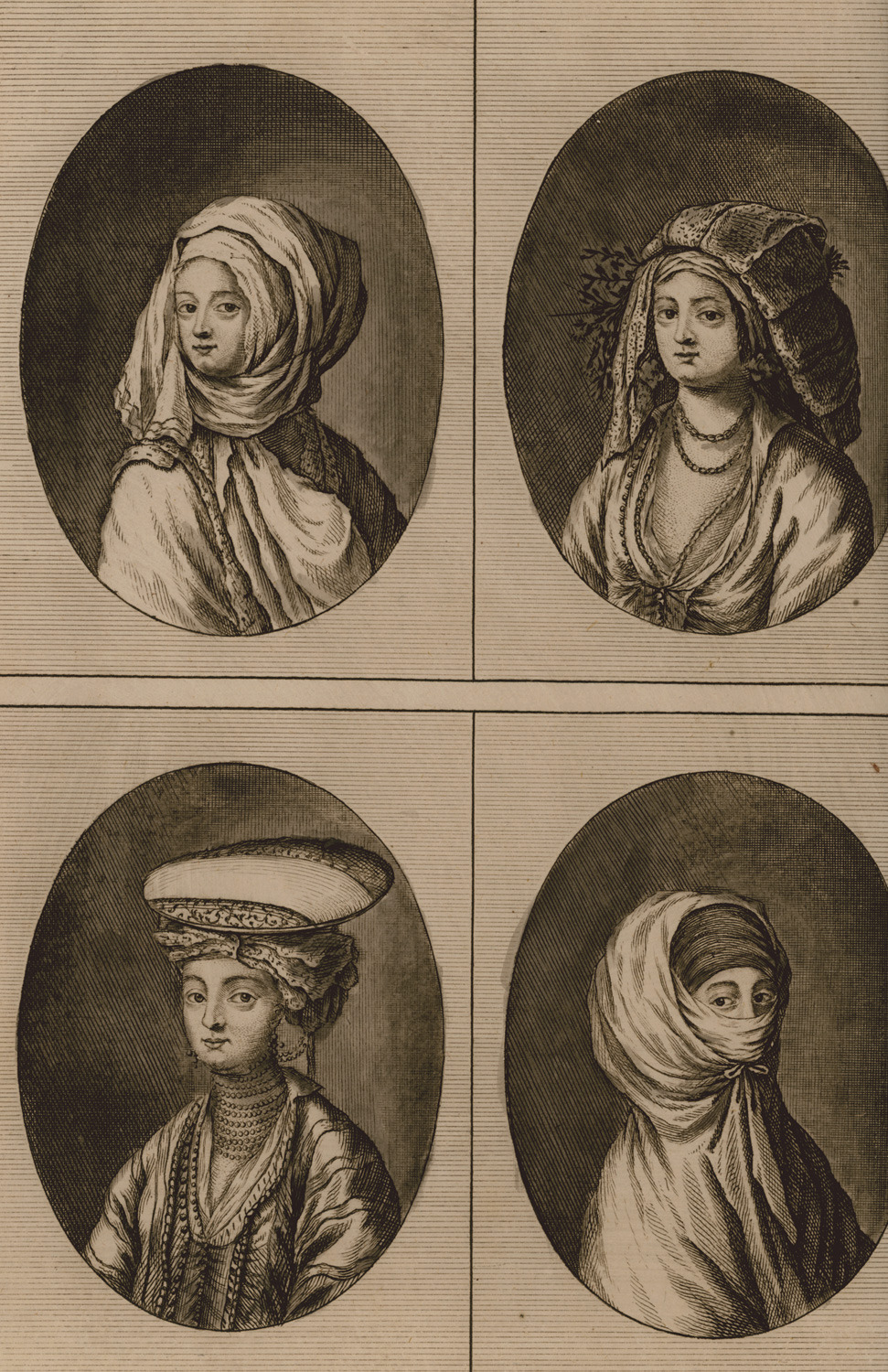 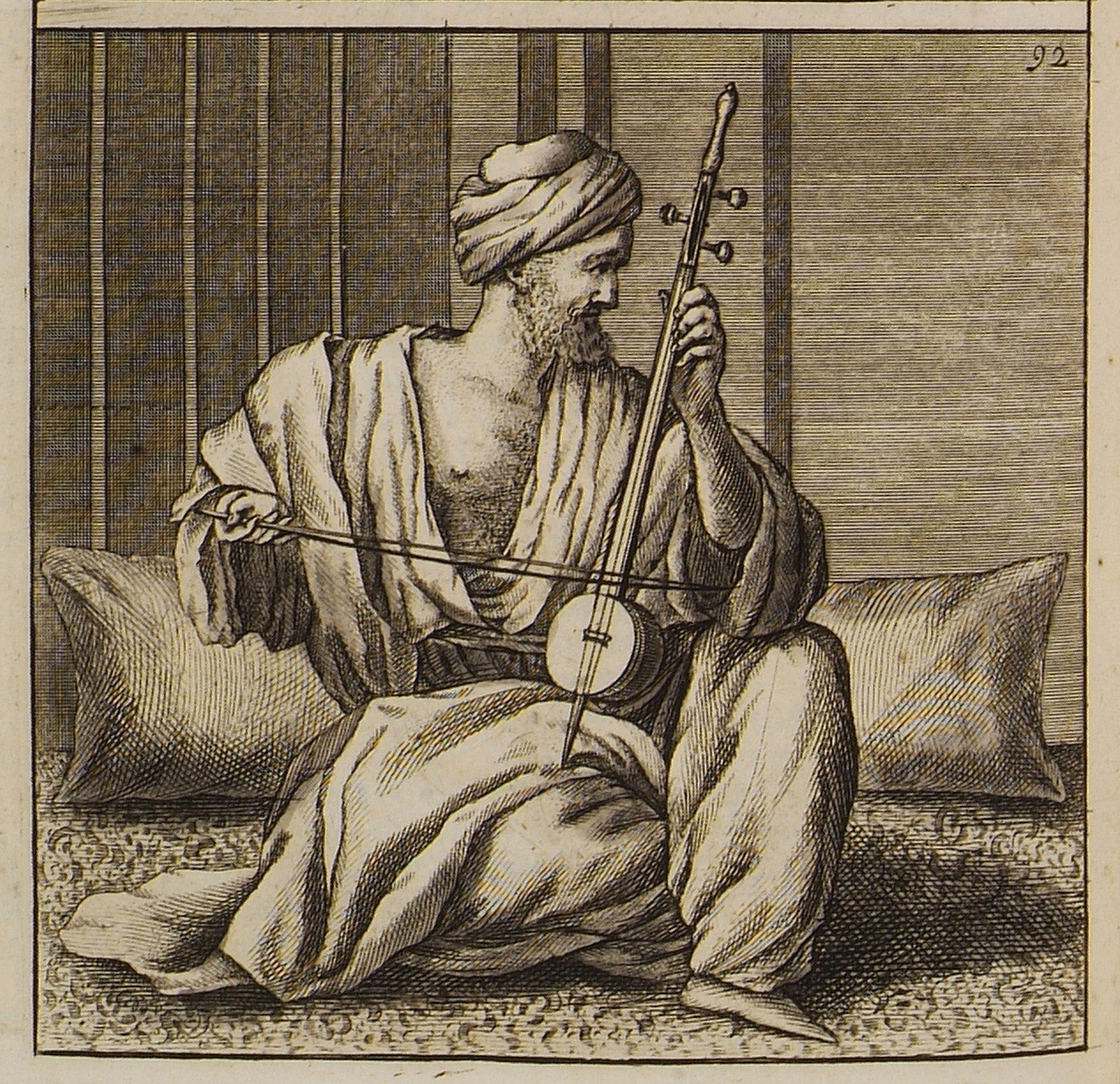 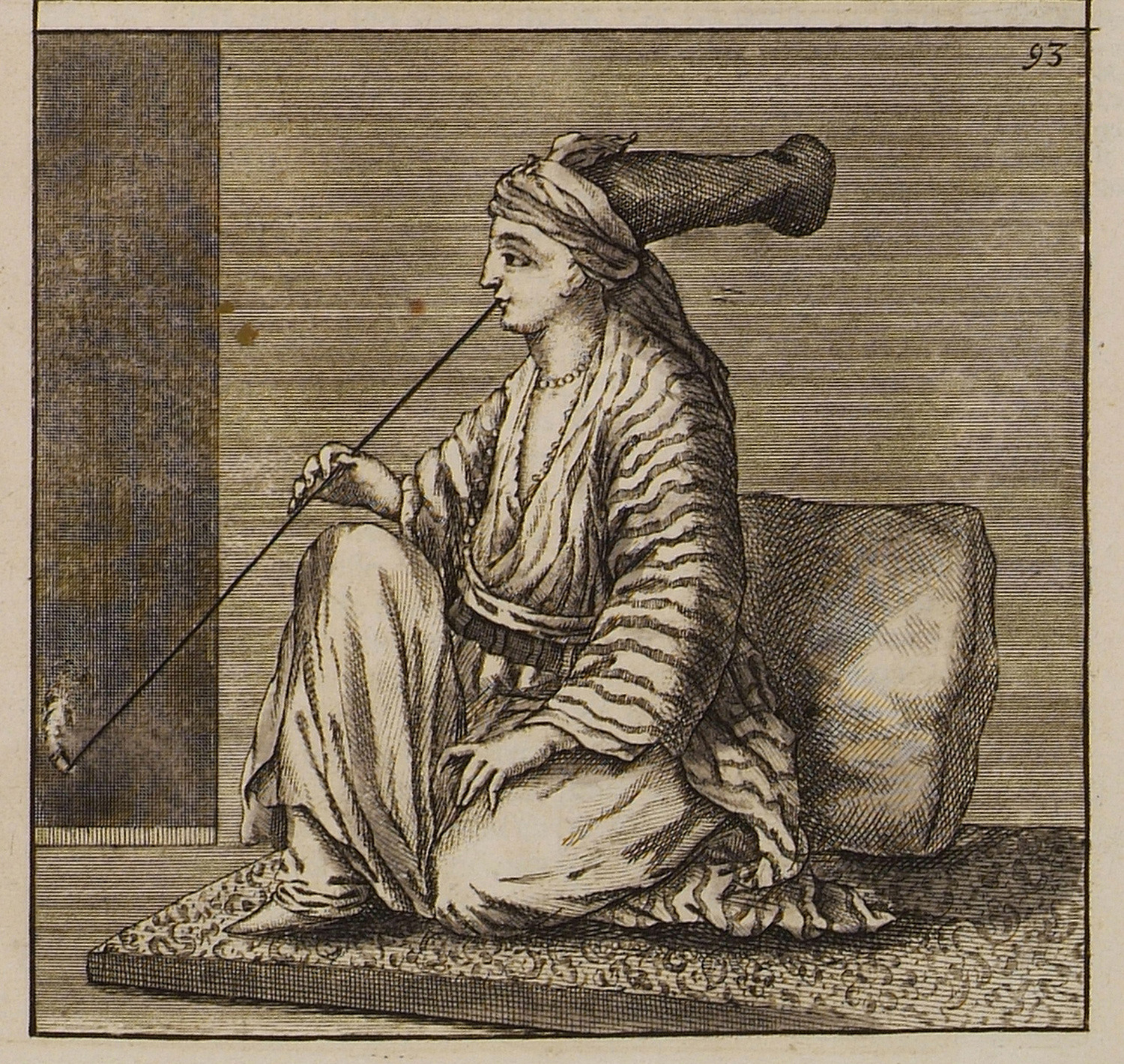 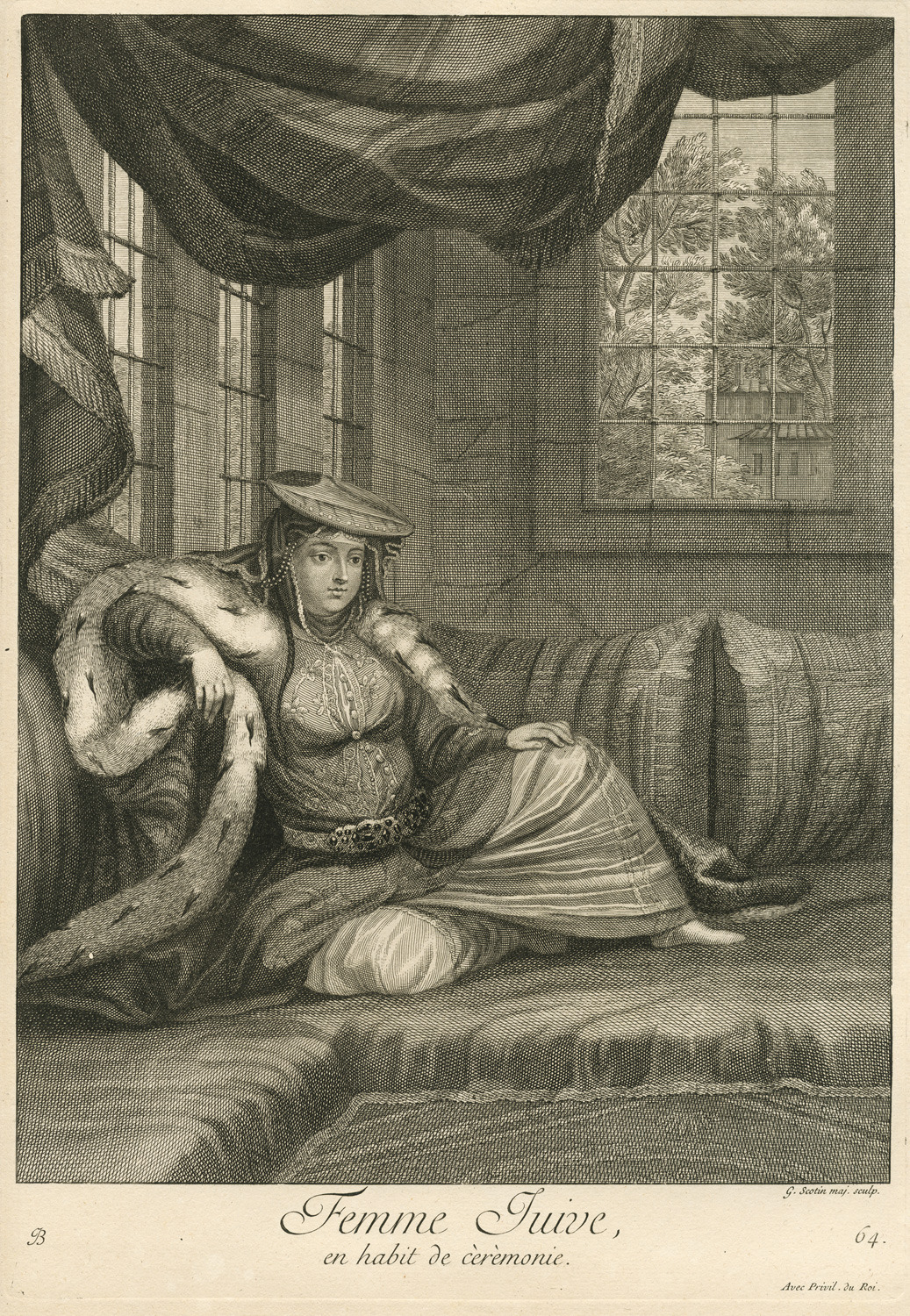 Jewish merchant visiting the harem to show her merchandise to the women confined in the harem. 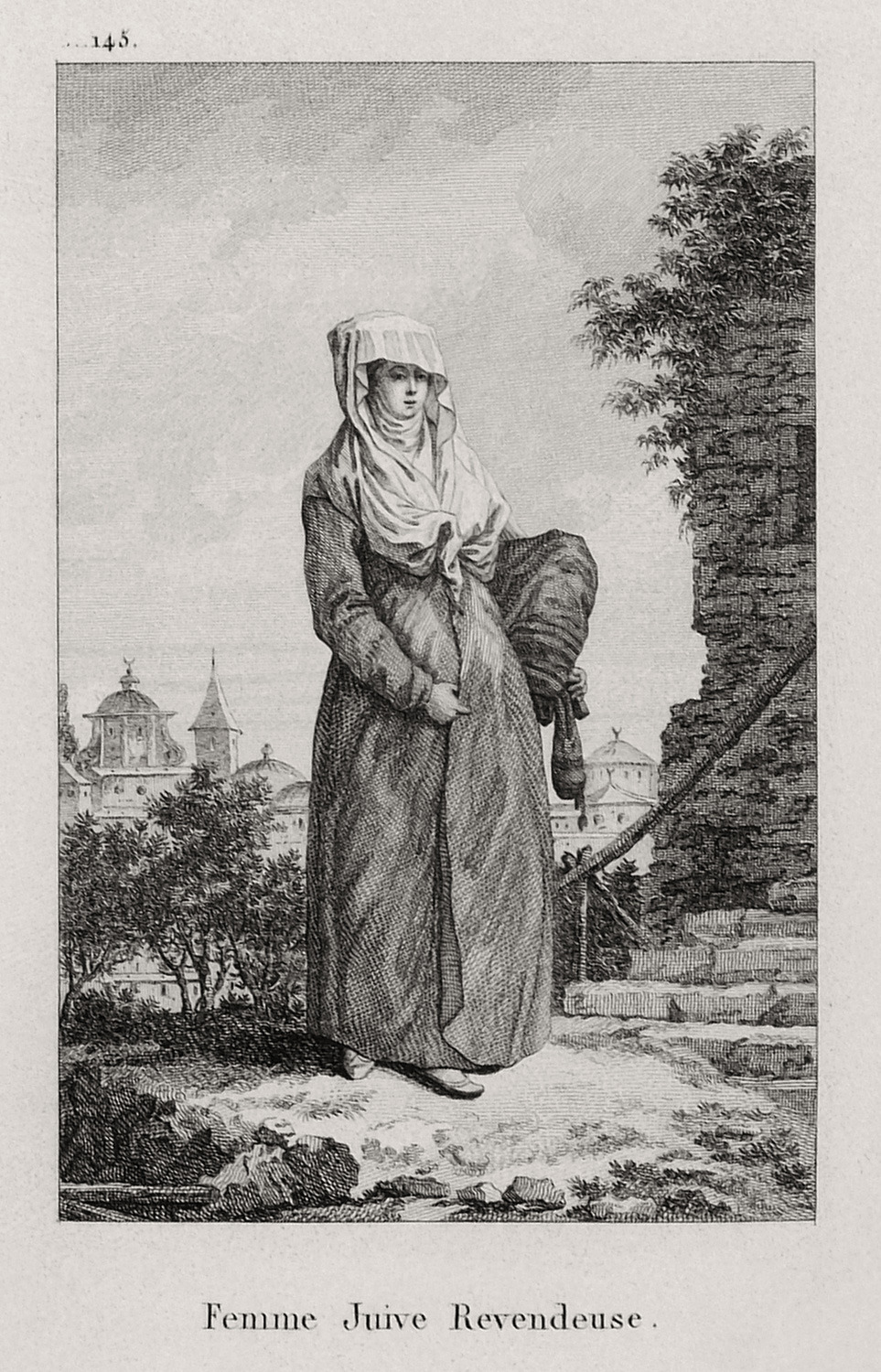 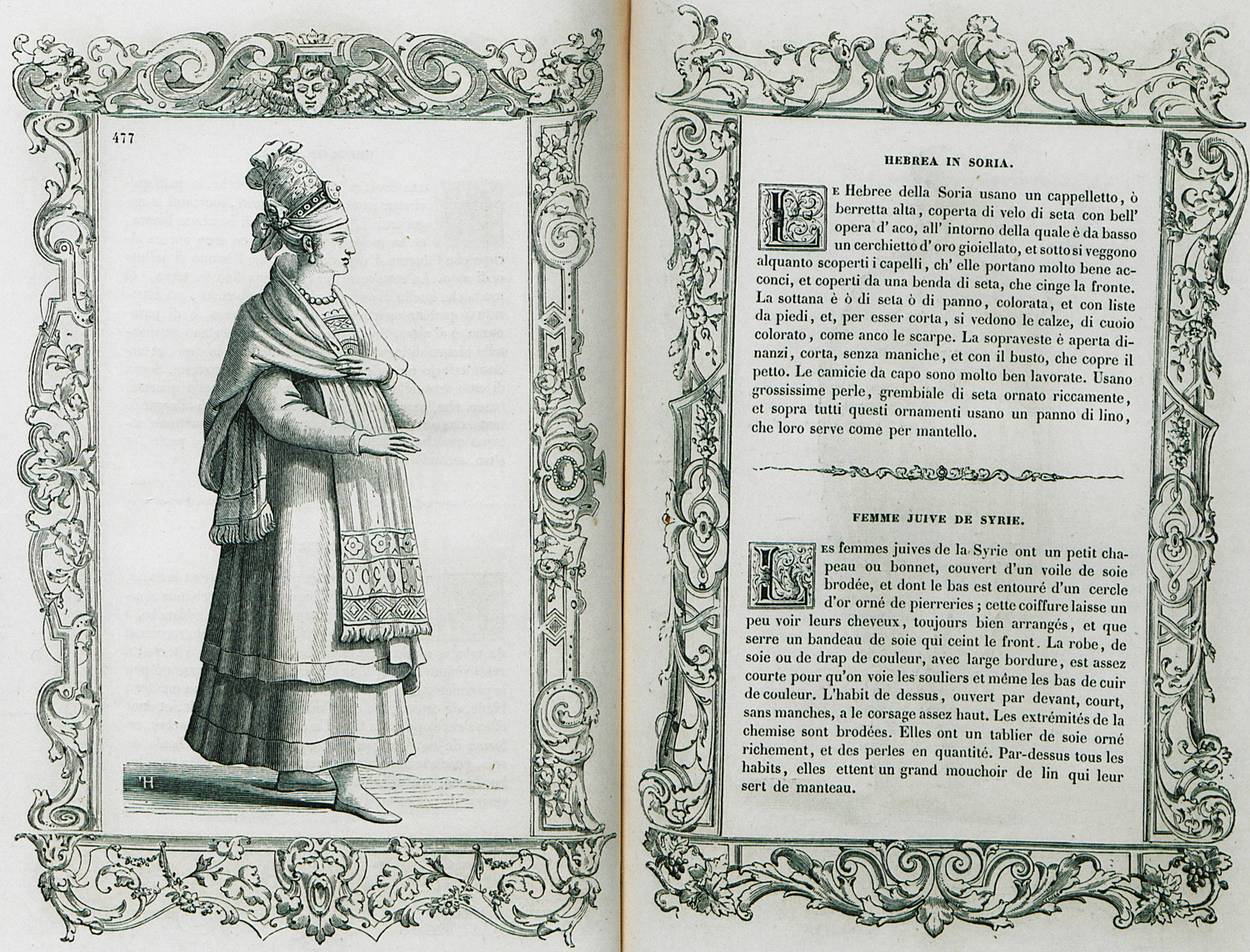 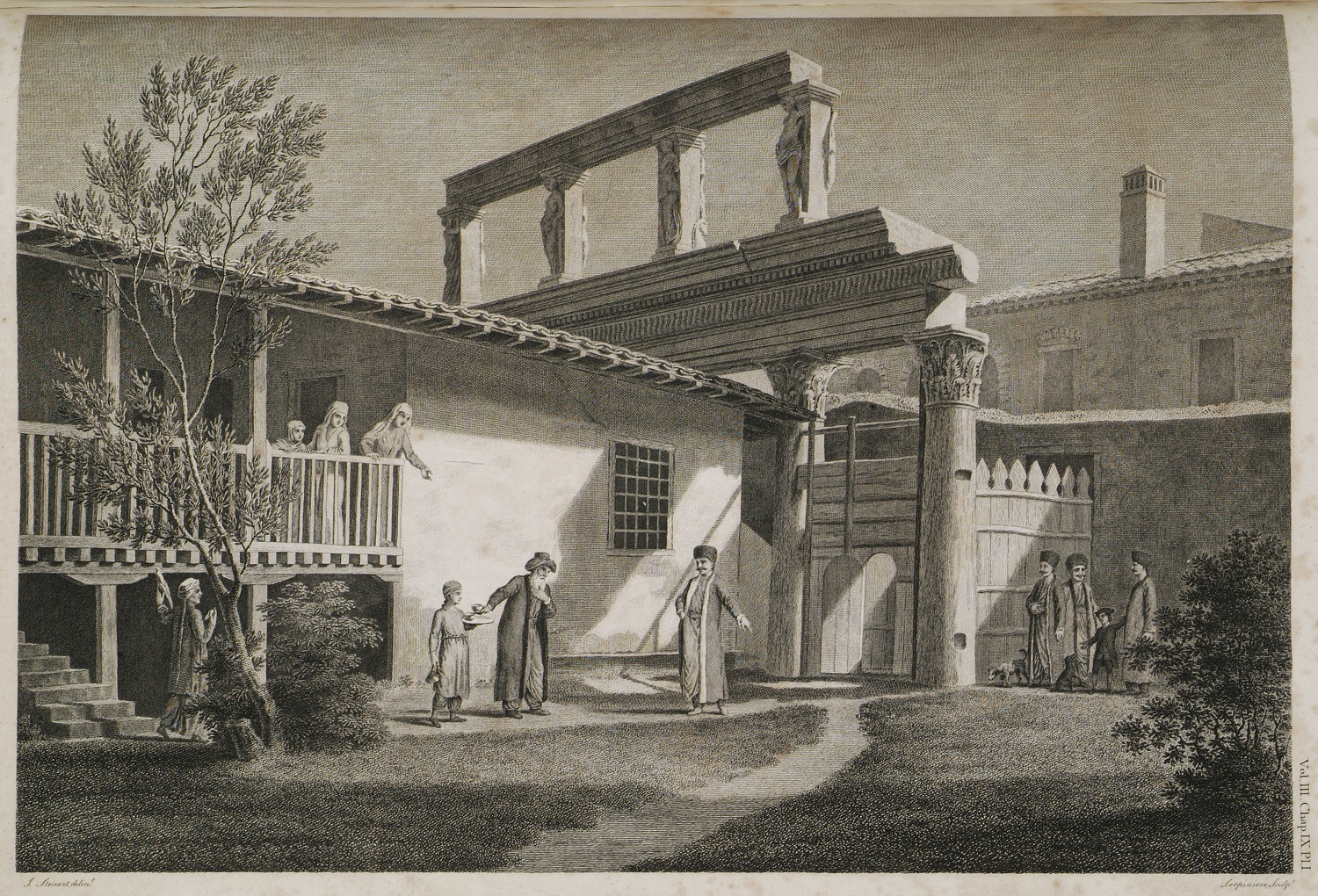 View of the sculptures of the now lost Incantadas monument at the southern entrance of the Roman Agora of Thessaloniki. The sculptures were incorporated in the house of a family of Sephardi Jewish merchants. British consul Paradise, who has come to show John Stuart and Nicholas Revett the monument, meets the owner of the house. A young servant offers the consul a cup of coffee while from above the owner's wife reprimands her husband for not having invited the consul to sit before offering him coffee. On the left, a woman who is spinning approaches the travellers. On the right, Stuart and Revett with the young son of the British consul, who is escorted by the consul's dragoman (interpreter). 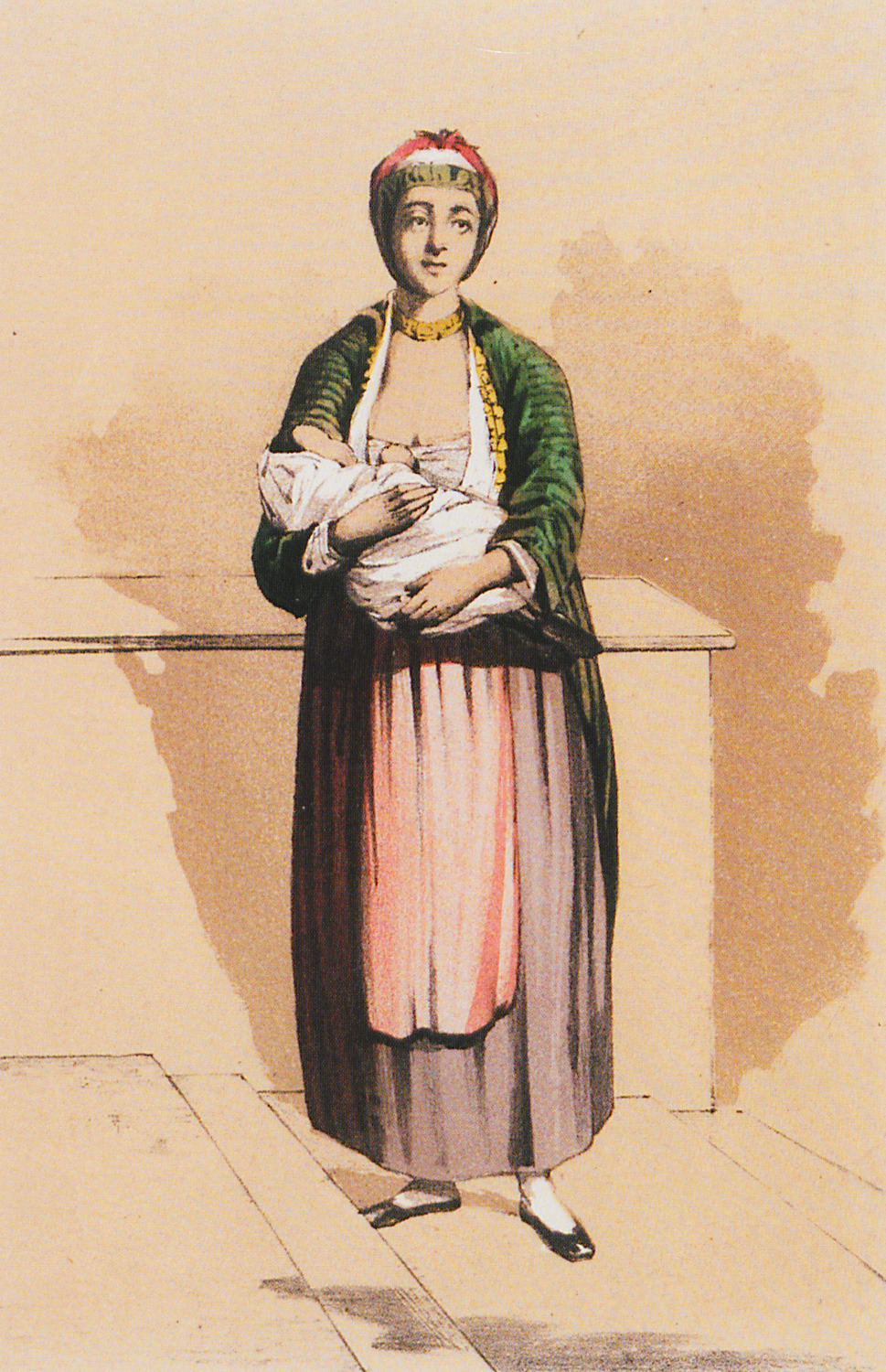 Jewish wetnurse with infant. From: Adelaide Mary Walker, Through Macedonia to the Albanian Lakes, London, Chapman and Hill, 1864. View of Incantadas monument in the Roman agora of Thessaloniki, based on earlier drawing from the edition by James Stuart and Nicholas Revett. Lithograph, c. 1830. Reliefs from Magnesia and Thessaloniki at the court of Louvre Museum. From Poliorama Pittoresco review, 1843. Costumes of Jewish people from Rhodes island, worn by Jacob Breuning and his companion Carlier de Pinon. On the left, their Jewish guide, Abraham.