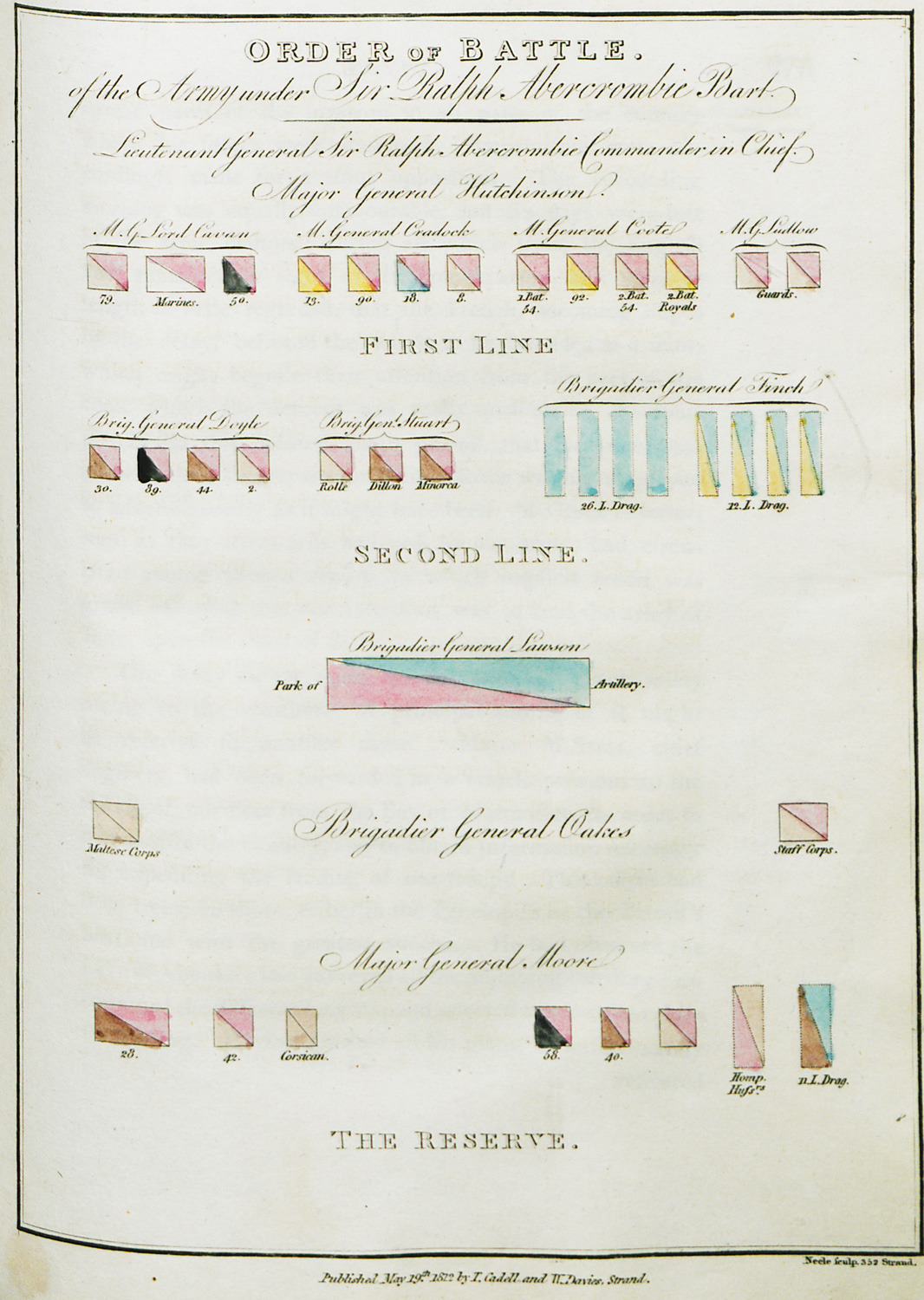 The order of the British corps at Abu Qir, when they took it over from the French (8 March 1801).

Order of battle of the army under sir Ralph Abercrombie Bart.