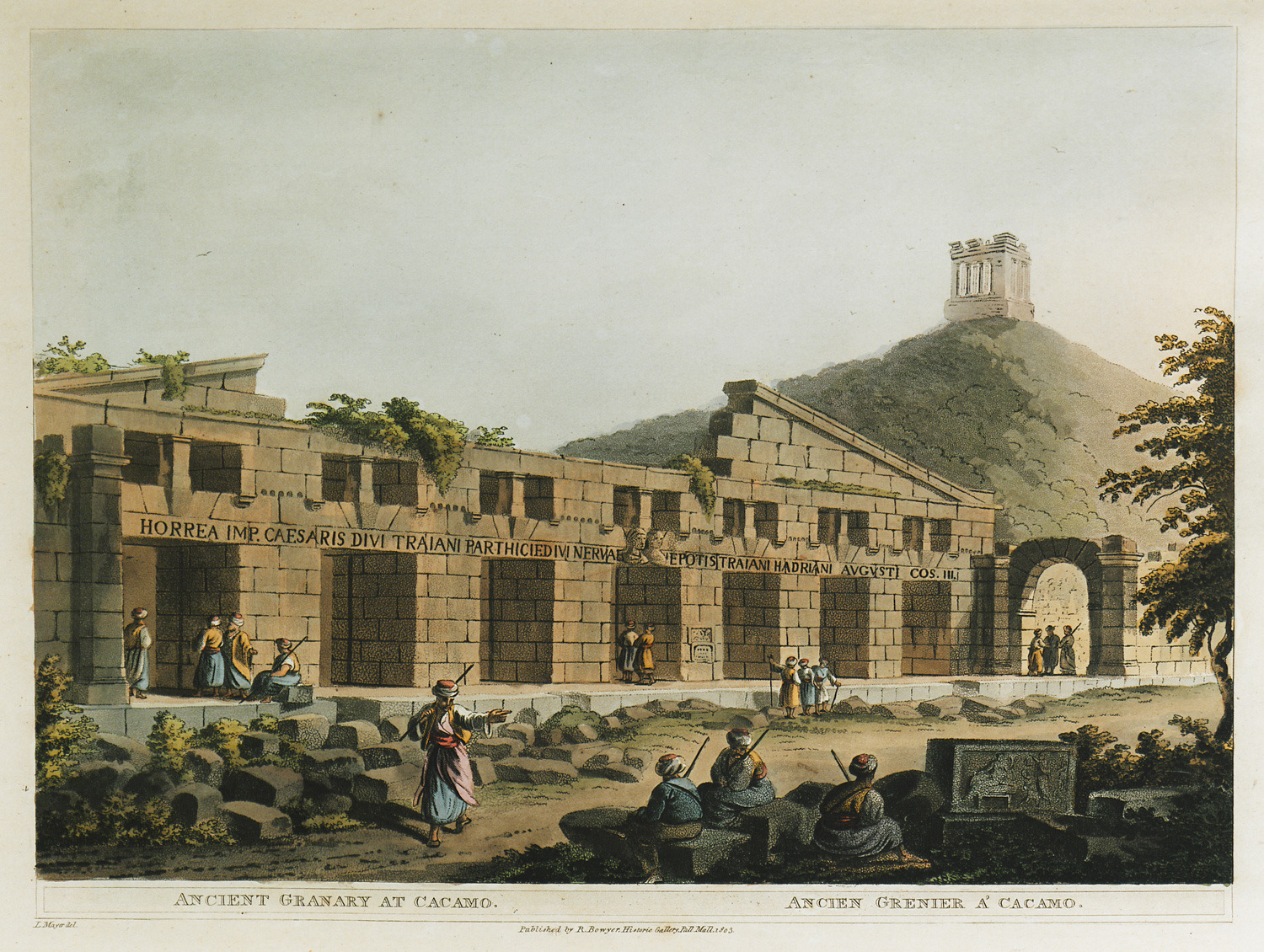 View of ancient granary, built during the reign of the Roman Emperor Hadria, at Andriake (today Çayağzı), the port of the city of Myra (today Demre).

MAYER, Luigi. Views in the Ottoman Empire, chiefly in Caramania, a part of Asia Minor hitherto unexplored; with some curious selections from the islands of Rhodes and Cyprus, and the celebrated cities of Corinth, Carthage, and Tripoli: from the original drawings in the possession of Sir R. Ainslie, taken during his embassy to Constantinople by Luigi Mayer: with historical observations and incidental illustrations of the manners and customs of the natives of the country, London, R. Bowyer, 1803.