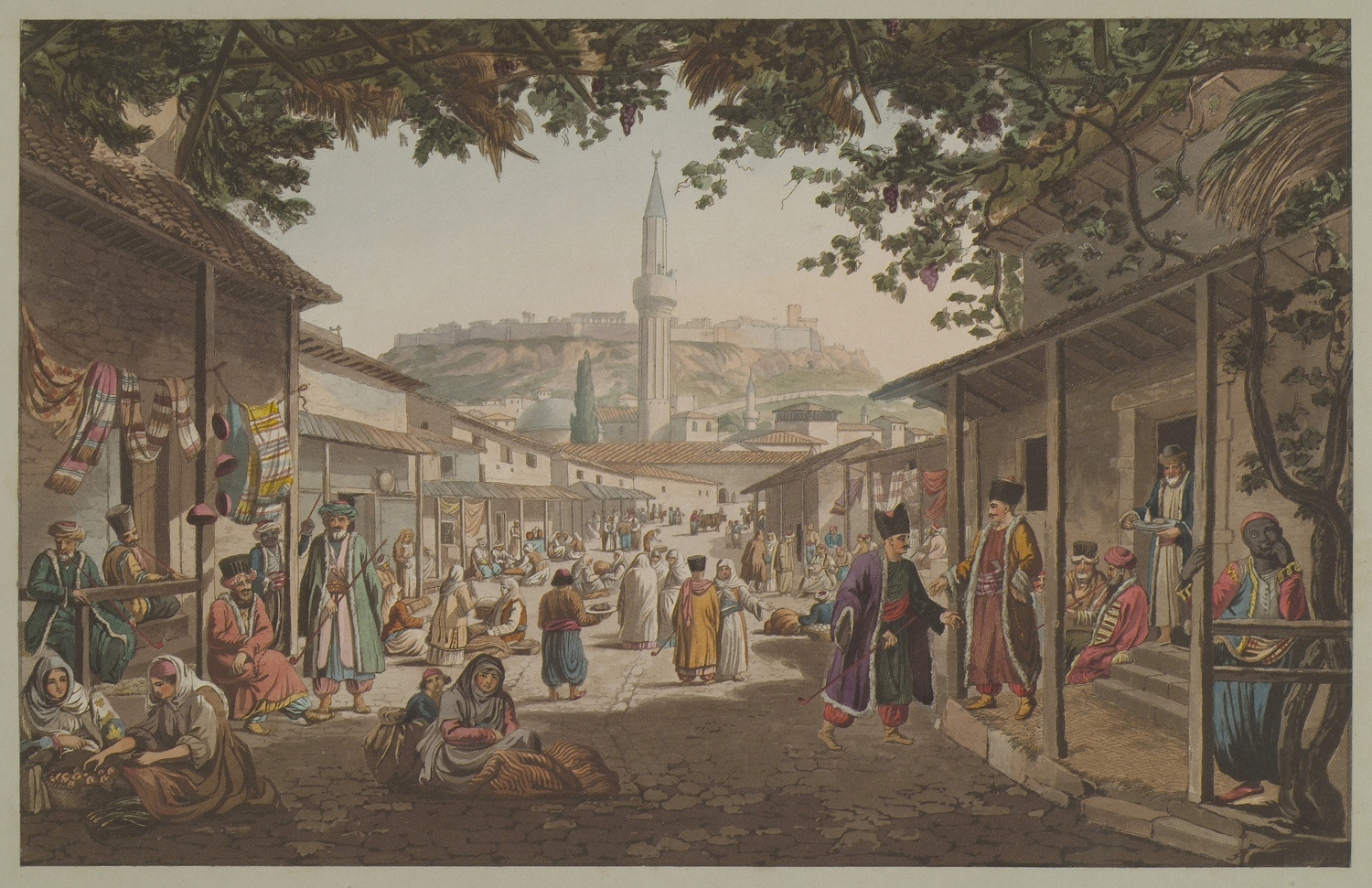 The bazaar of Athens. On the forefront, on the right, an emancipated African slave. On the doorway, the owner of the coffeehouse who is brigning a tray with coffee to the Ottoman governor Disdar Aga. Disdar Aga is sitting on the stairs, dressed in red, and next to him sits another Turkish aga. Standing at the entrance of the coffeehouse, the Greek voivode (governor) of Salamis island, who is conversing a Greek Baratario (protegé of a foreign power). At the centre of the picture, three Turkish women covered with long white veils. According to Edward Dodwell's description, the rest of the women depicted are Arvanite. Standing, on the right, a devout Muslim in green costume, an indication that he has made the pilgrimage to Mecca.