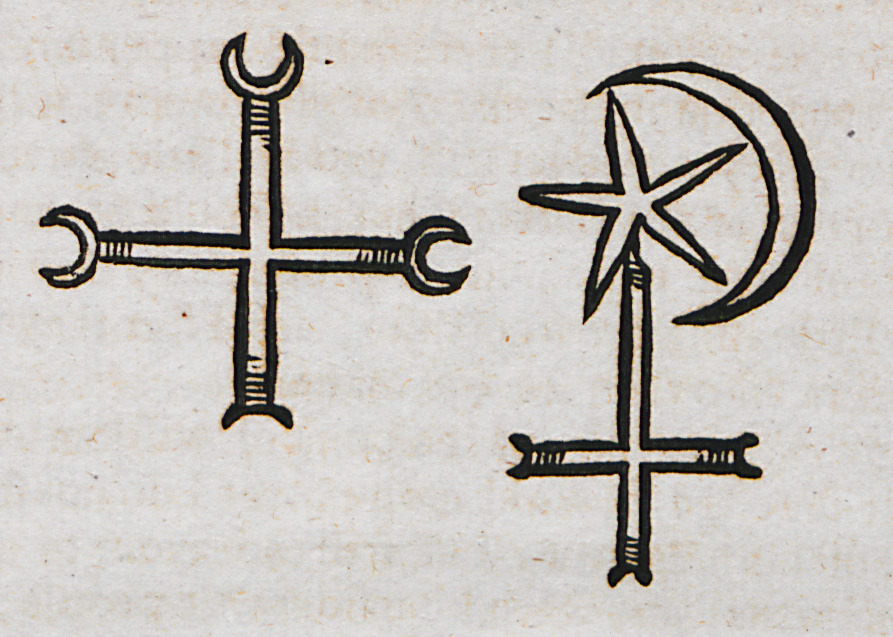 A cross with half moons set over the churches of Hungary who pay tribute to the Sultan, according to the author. The Ottoman symbols of the star and the half moon upon the steeple of S. Stephen's Church in Vienna.

A cross with half moons set over the churches in the country wich payeth contribution to the Turks in Hungary. The star and half moon upon the steeple of S. Stephen's Church in Vienna.

BROWN, Edward. A brief account of some travels in Hungaria, Servia, Bulgaria, Macedonia, Thessaly, Austria, Styria, Carinthia, Carniola, and Friuli. As also some observations on the gold, silver, copper, quick-silver mines, baths, and mineral waters in those parts, with the figures of some habits and remarkable places, by Edward Brown M. D., of the Collage of London, Fellow of the R. Society, and Physician in Ordinary to His Majesty, London, T. R. for Benj. Tooke, 1673.