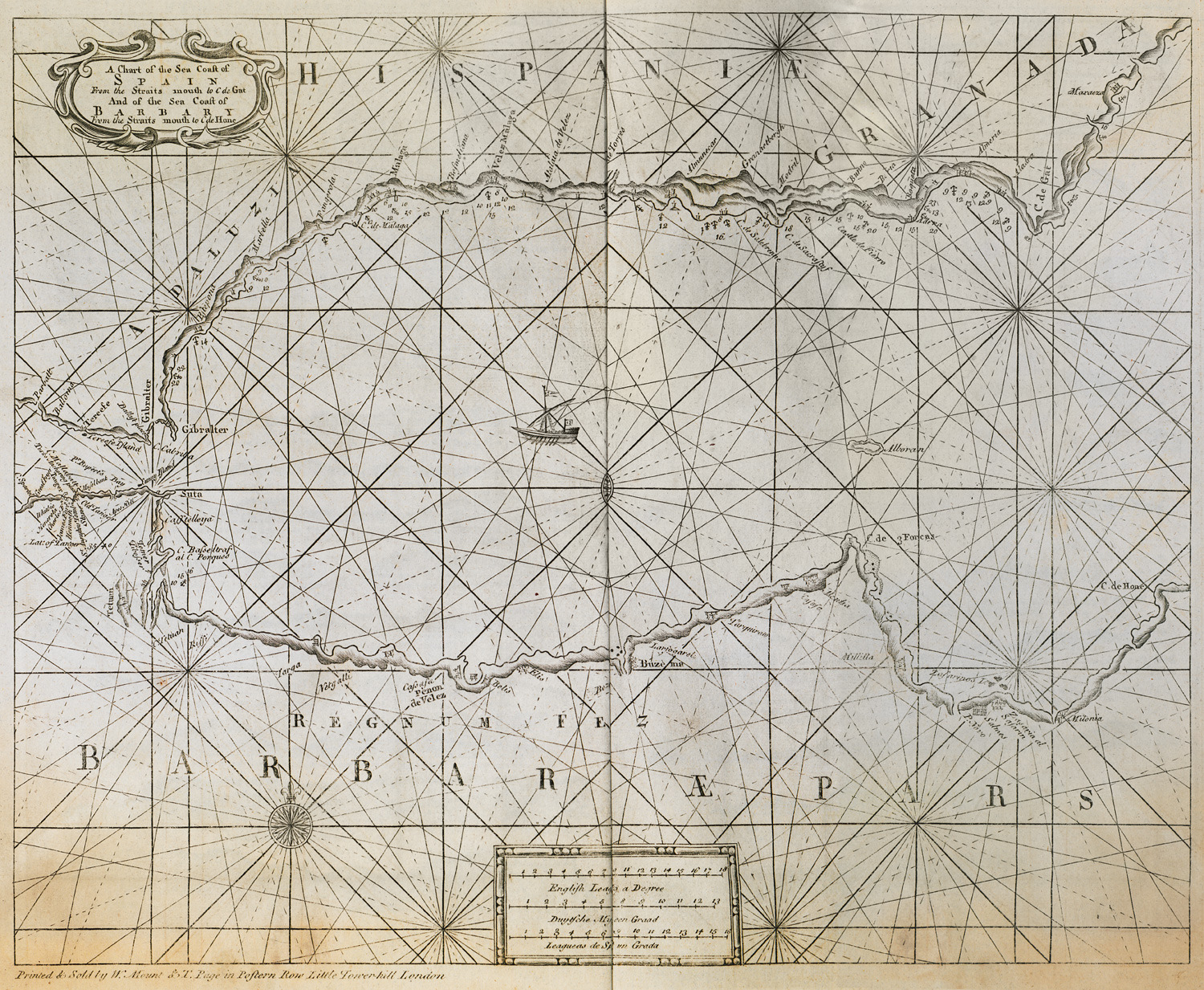 Nautical chart of part of the Mediterranean: Gibraltar to Almeria and the adjacent coast of northern Africa.