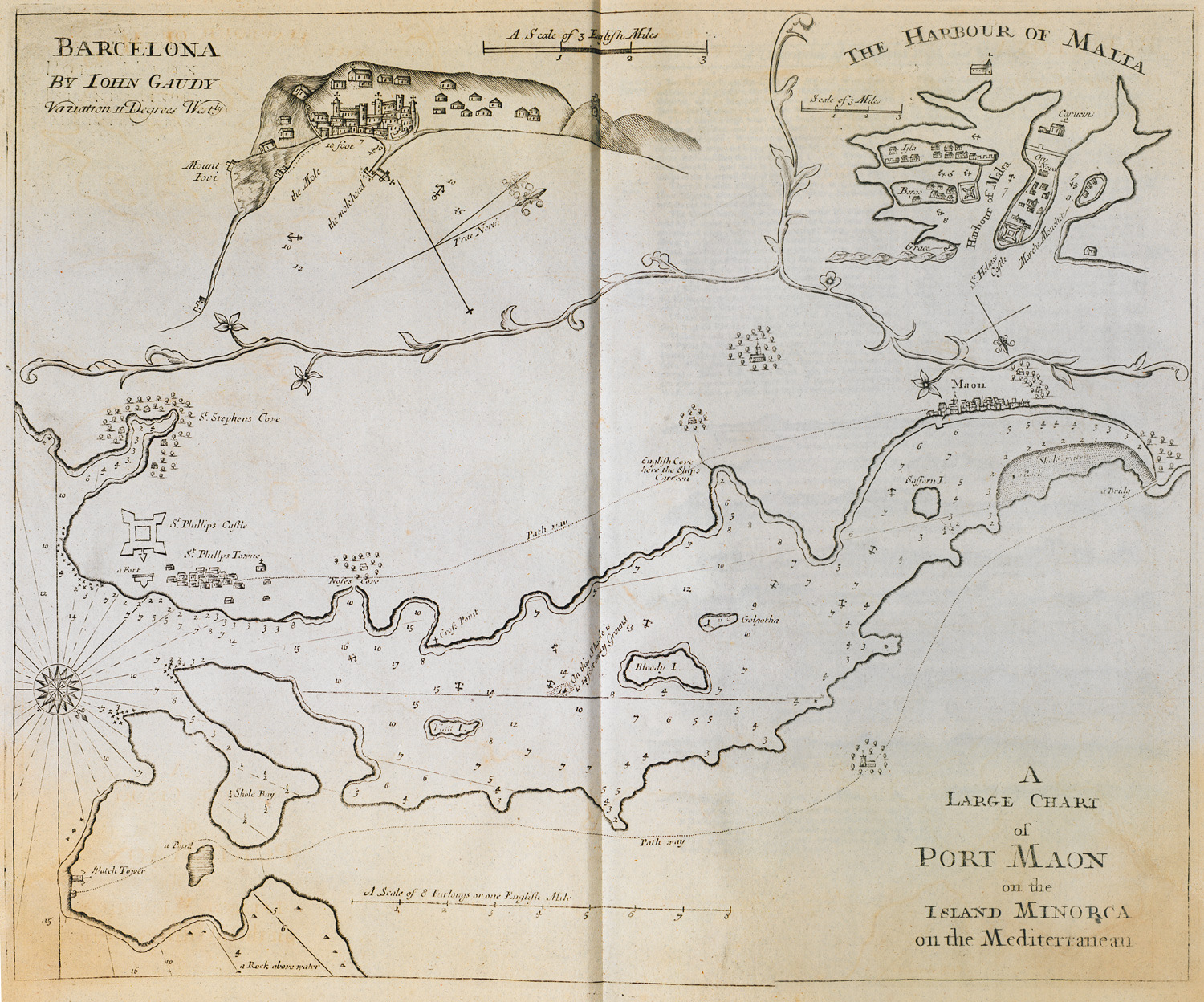 Barcelona. The harbour of Malta. A large chart of port Maon on the island Minorca on the Mediterranean.