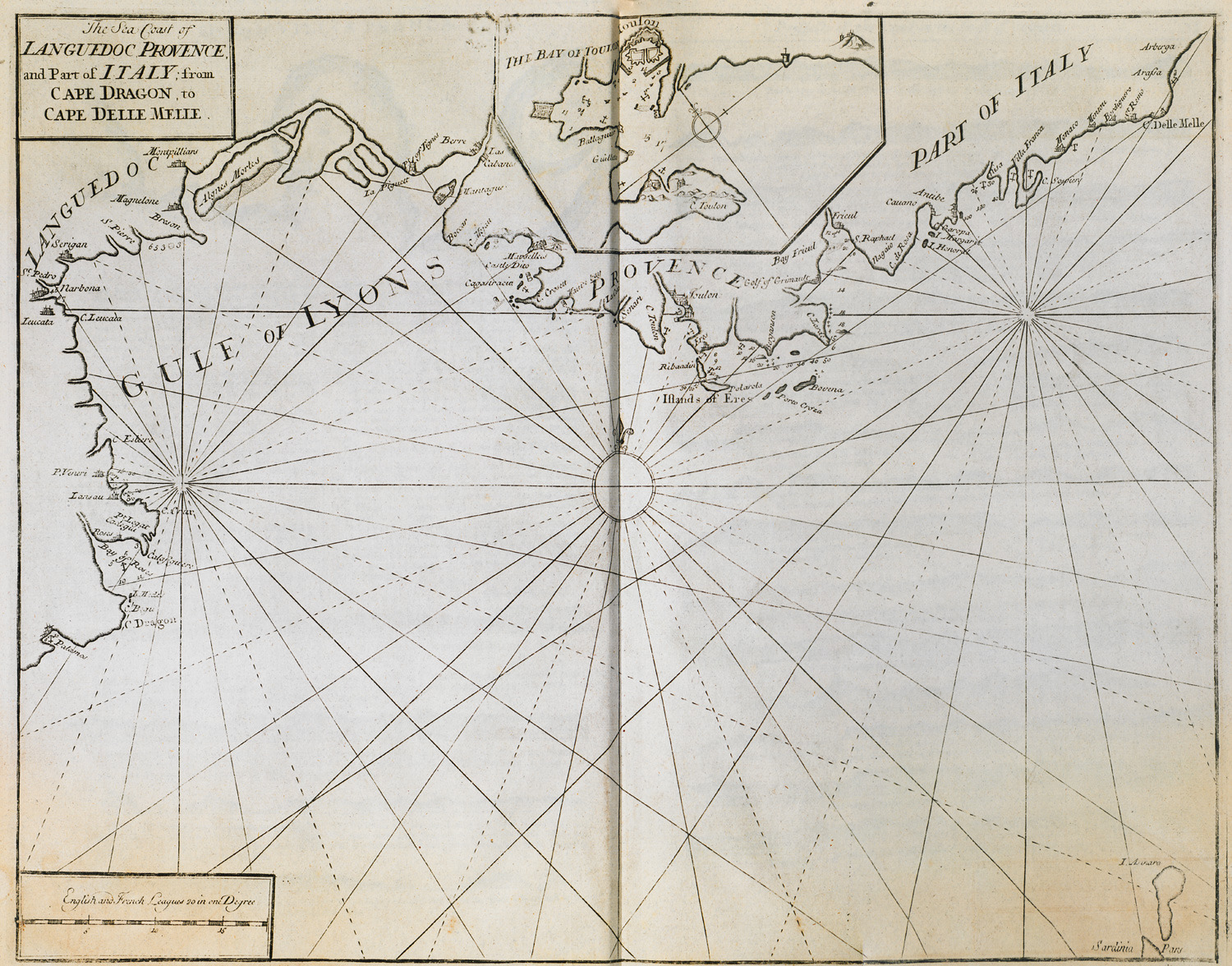 The sea coast of Languedoc, Provence, and part of Italy; from cape Dragon to cape delle Melle.