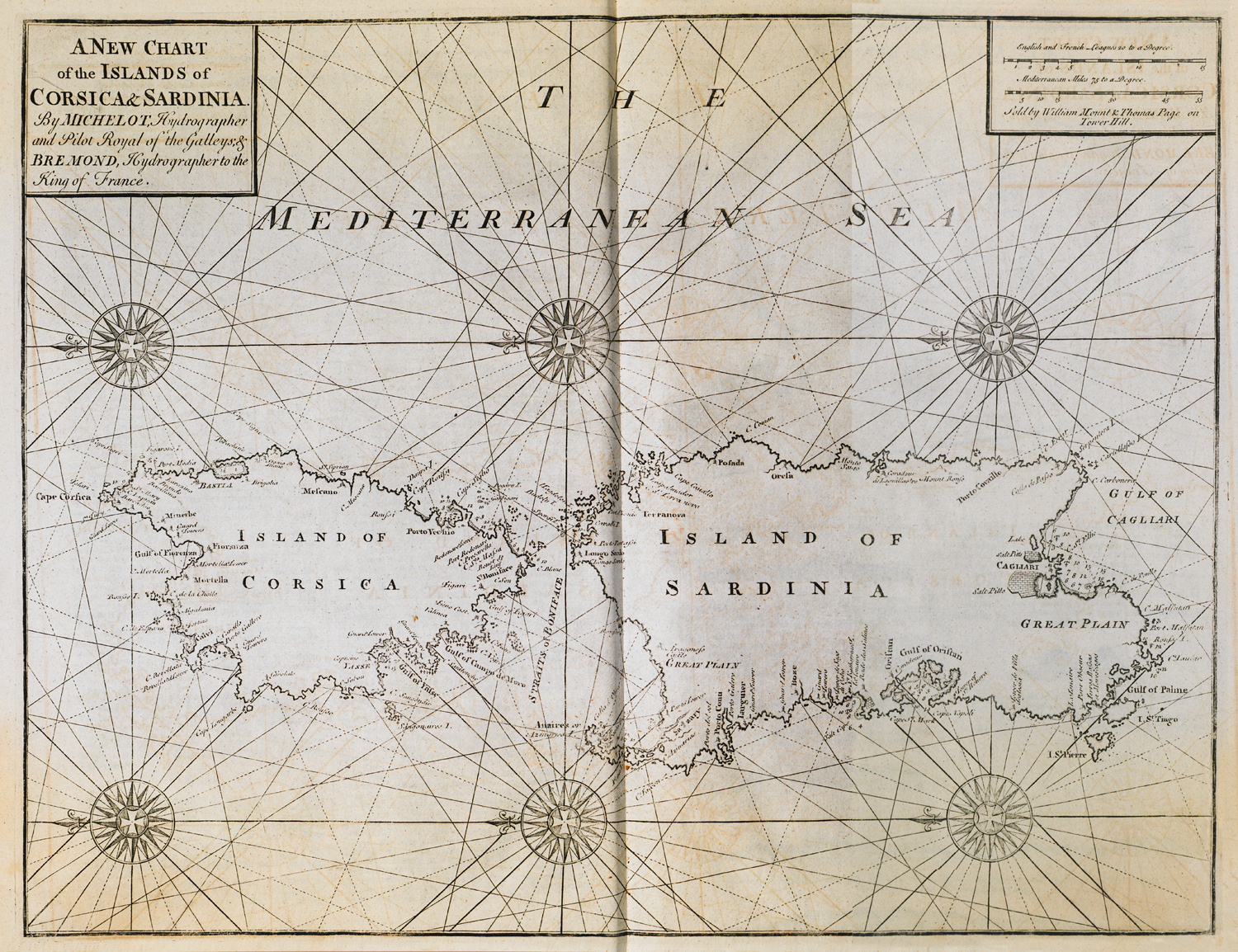 Nautical chart of Corsica and Sardinia.

A new chart of the islands of Corsica and Sardinia.