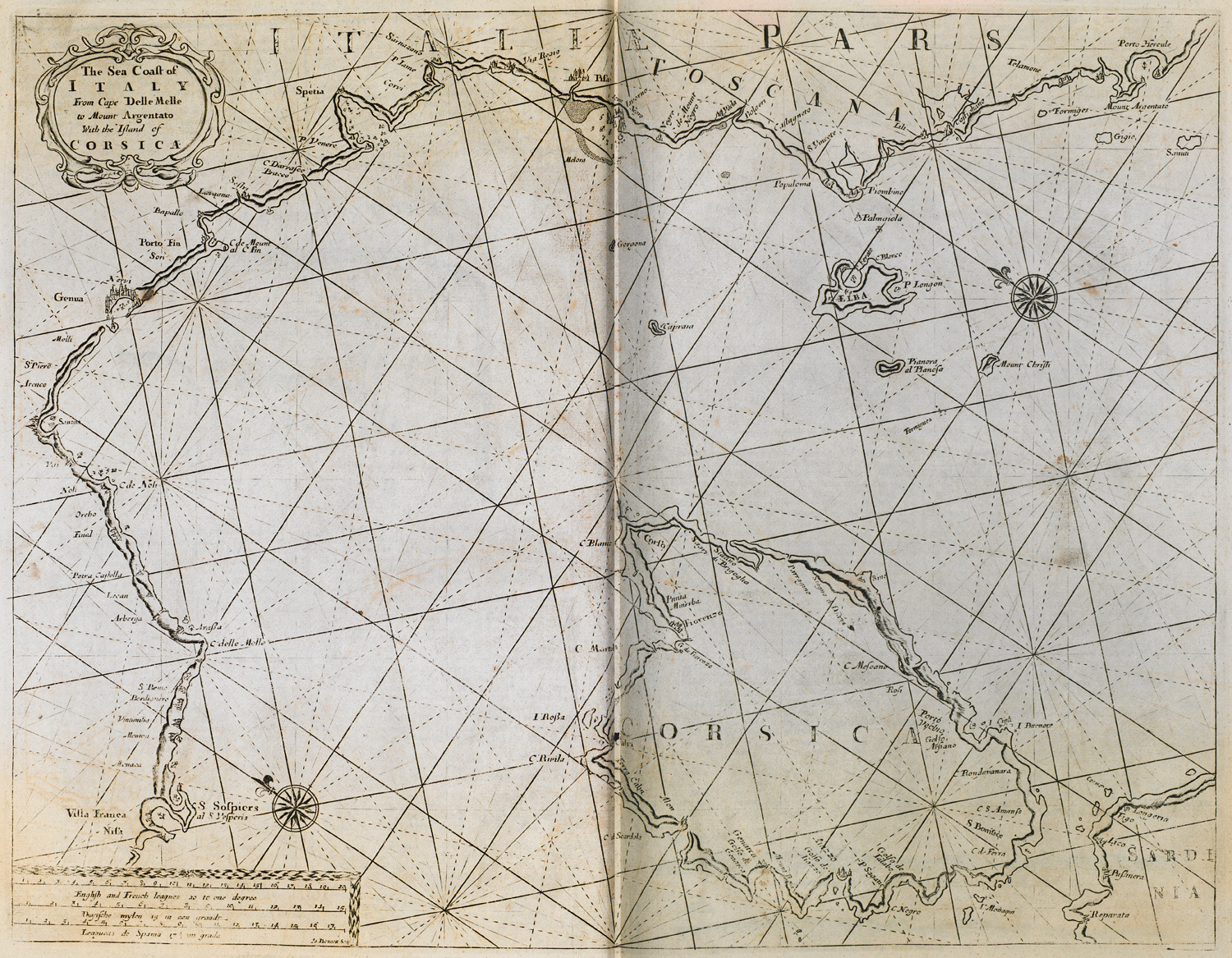 Nautical chart of Corsica and the northwestern coast of Italy.

The sea coast of Italy from cape delle Melle to mount Argentato with the island of Cosrica.