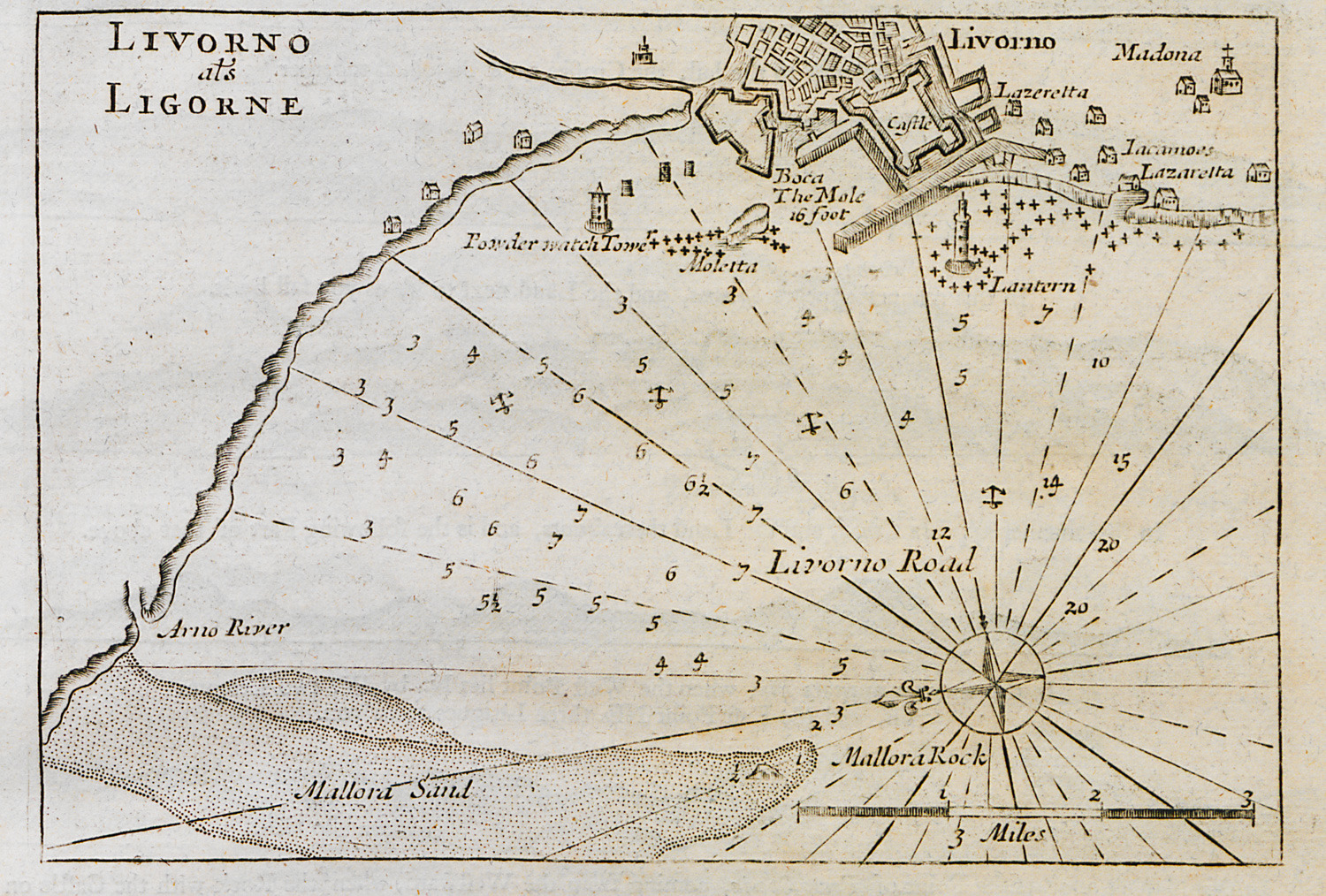 Nautical chart of the port of Livorno.