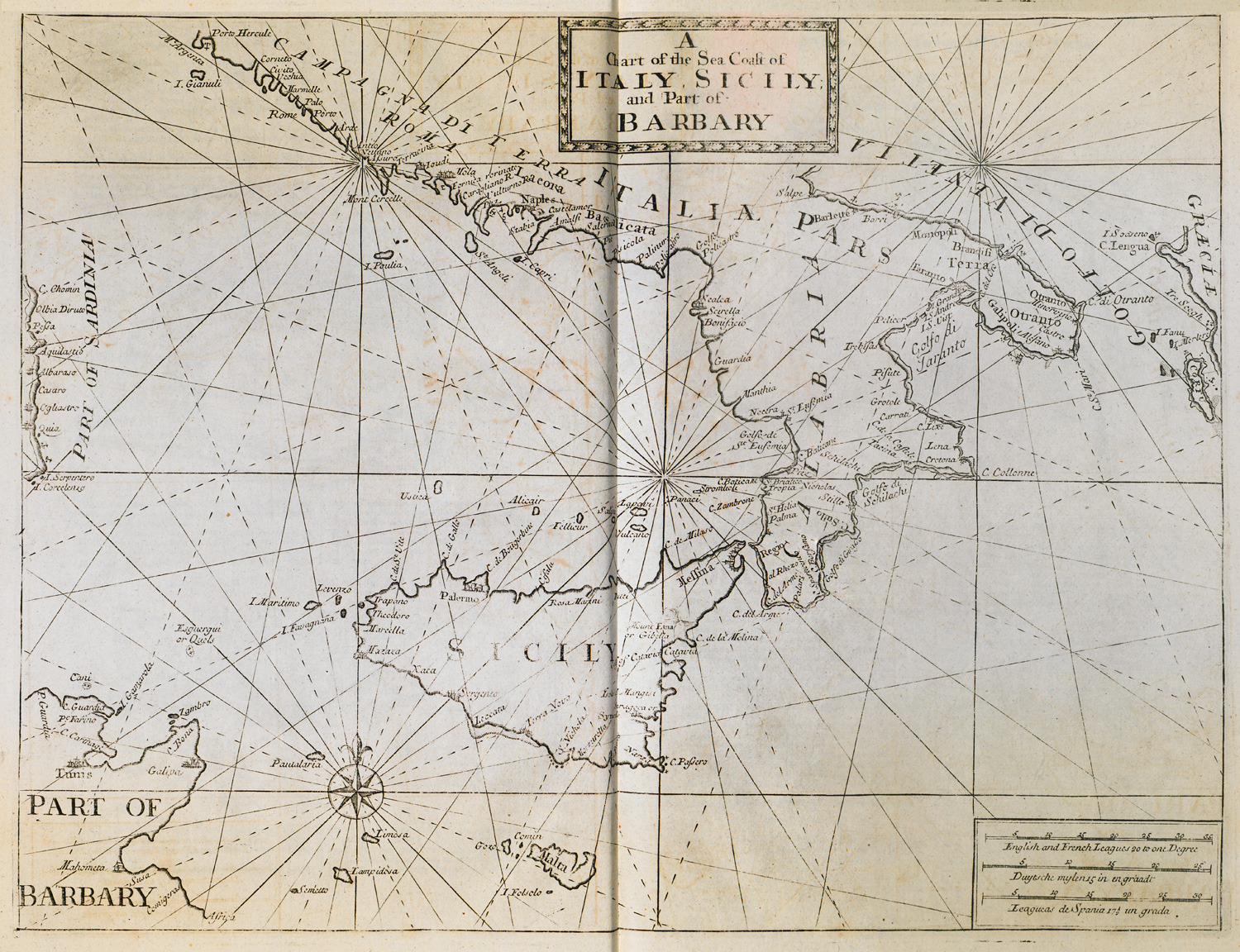 Nautical chart of Sicily and the adjacent coasts of Italy and Tunisia.

A chart of the sea coast of Italy, Sicily and part of Barbary.