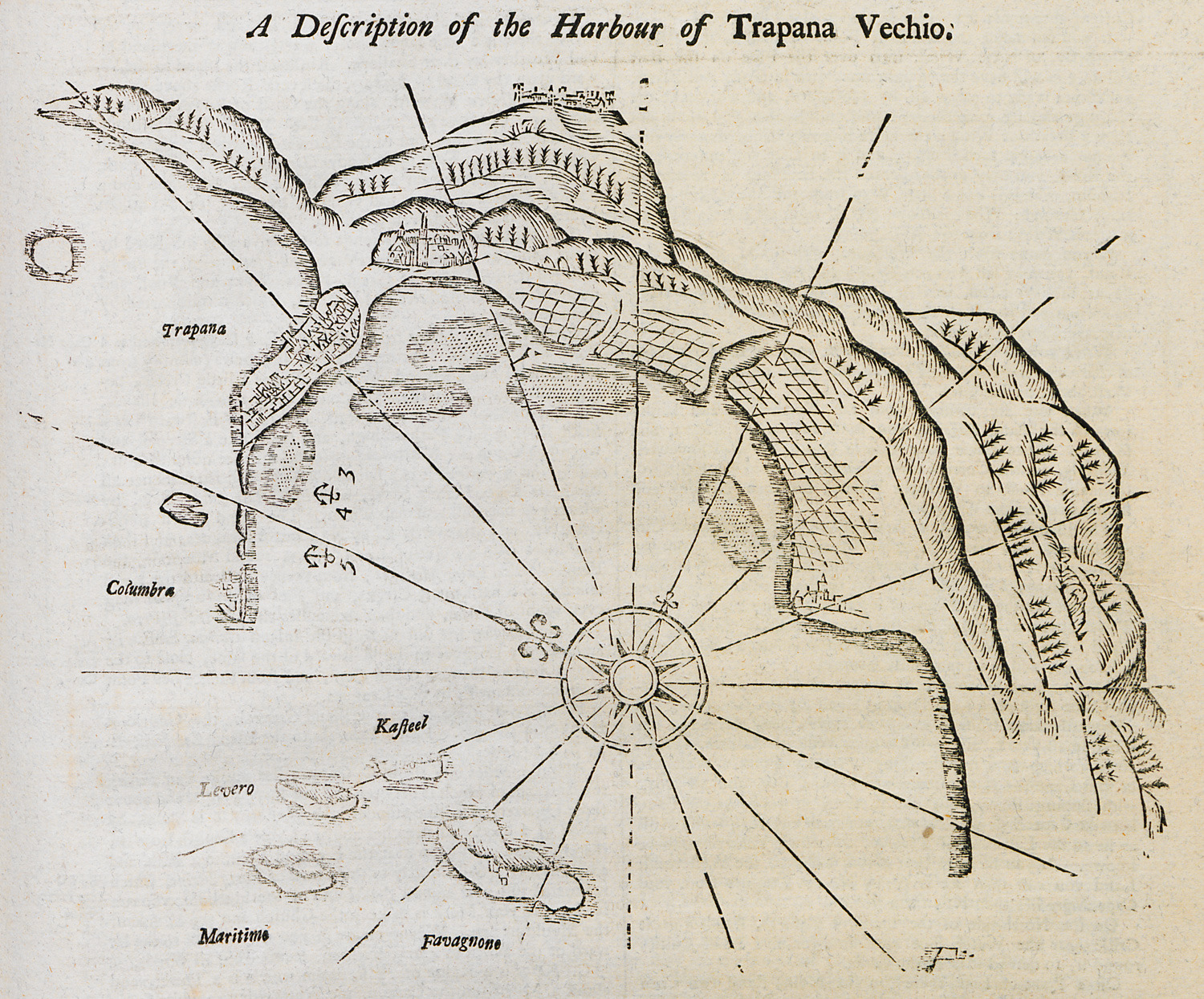 Nautical chart of the harbour of Trapani, Sicily.

A description of the harbour of Trapana Vechio.