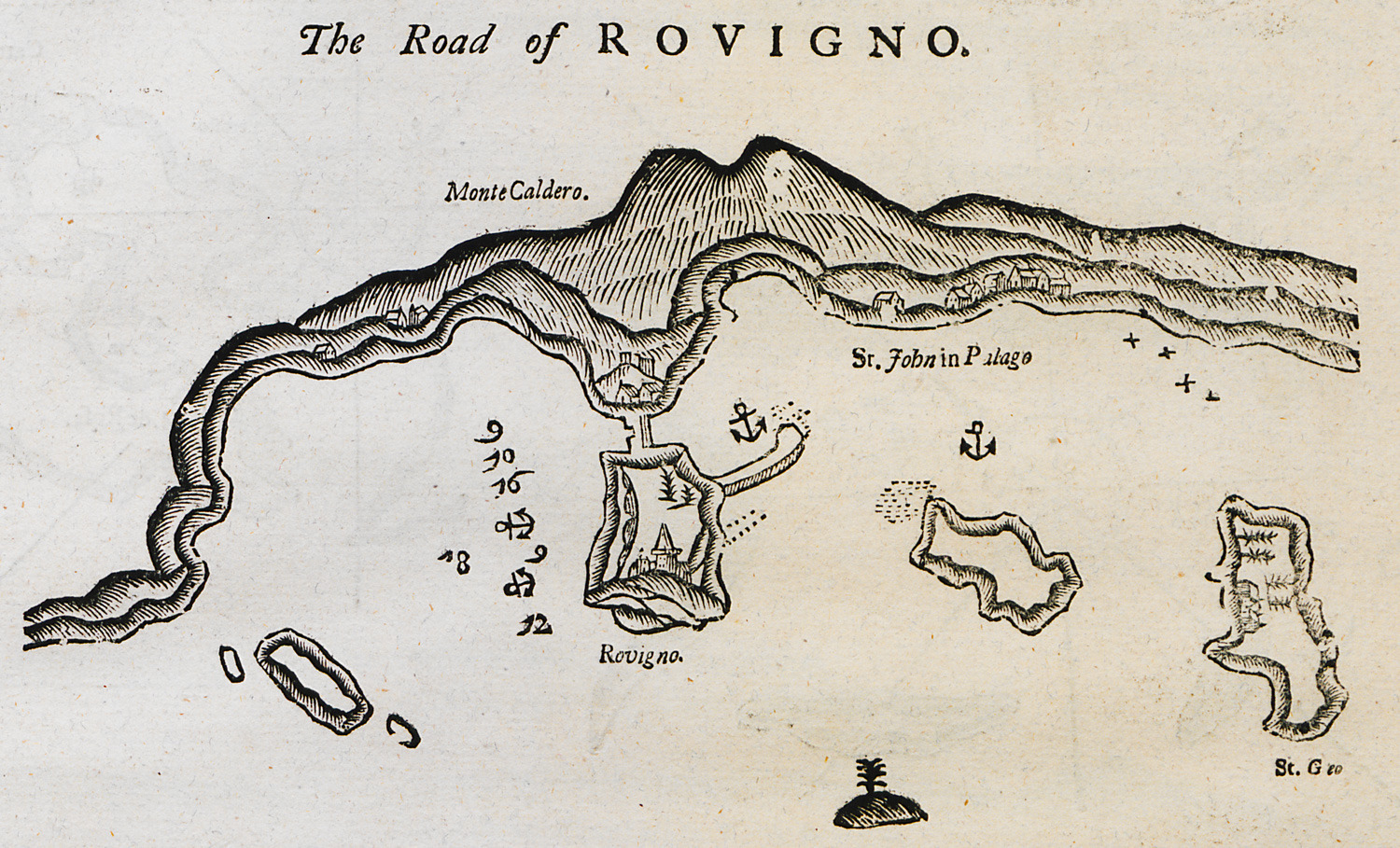 Nautical chart of the bay of Rovinj on Istria peninsula.