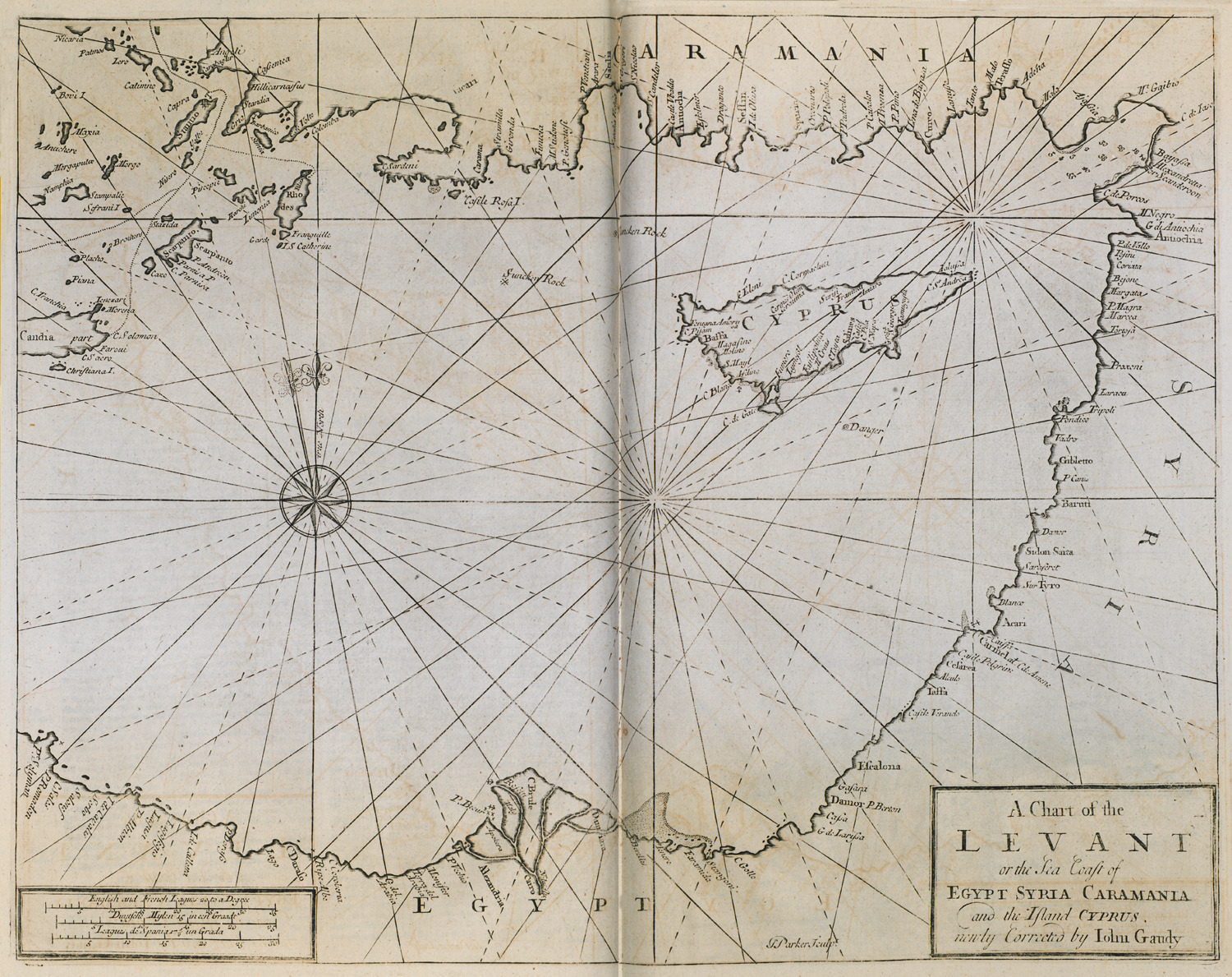 Nautical chart of the southern coast of Turkey, Cyprus and the coasts of Syria, Palestine and Egypt.

A chart of the Levant.