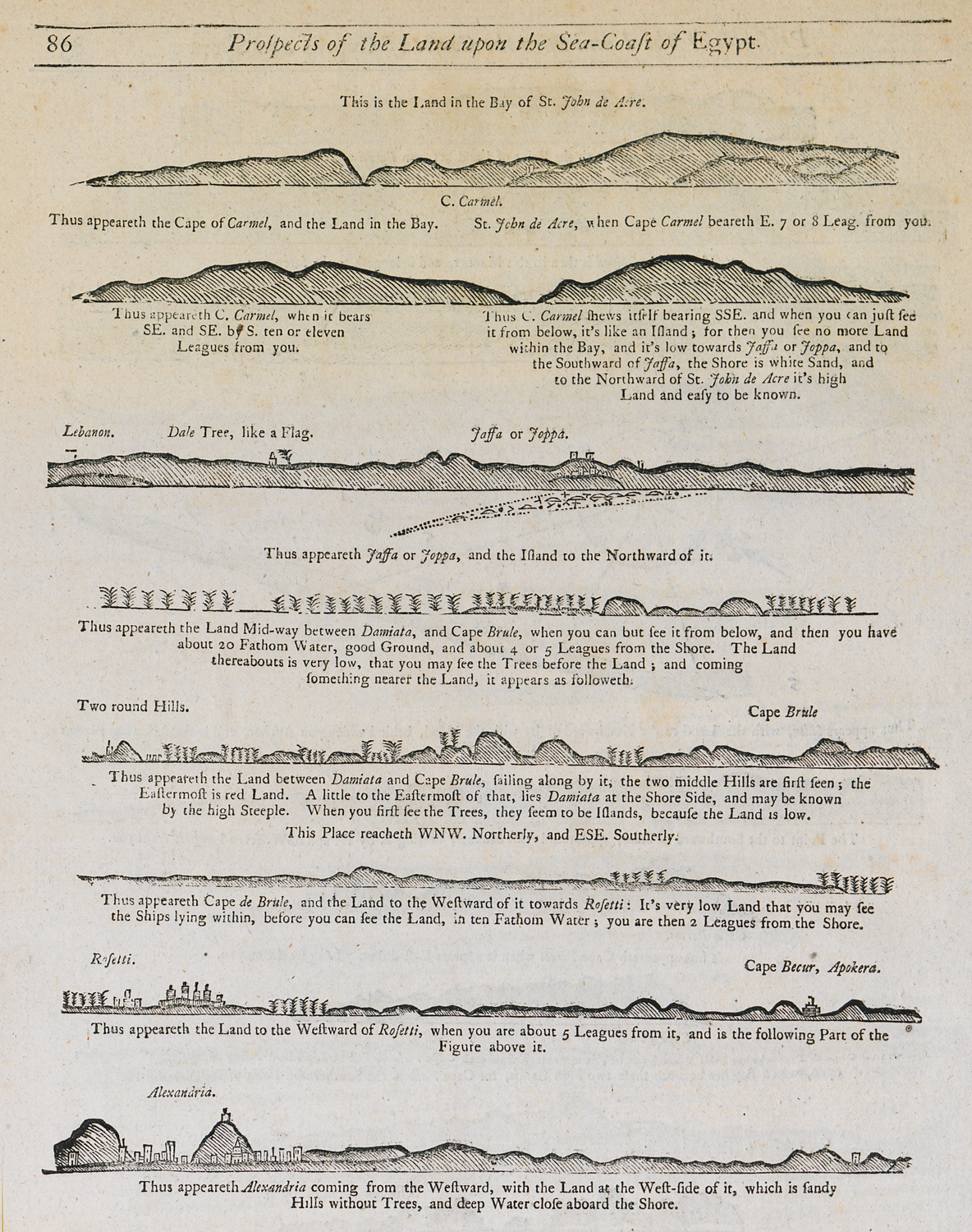 Outline of the coasts of modern-day Israel and Egypt as seen from the sea.

Prospects of the land upon the sea-coast of Egypt.