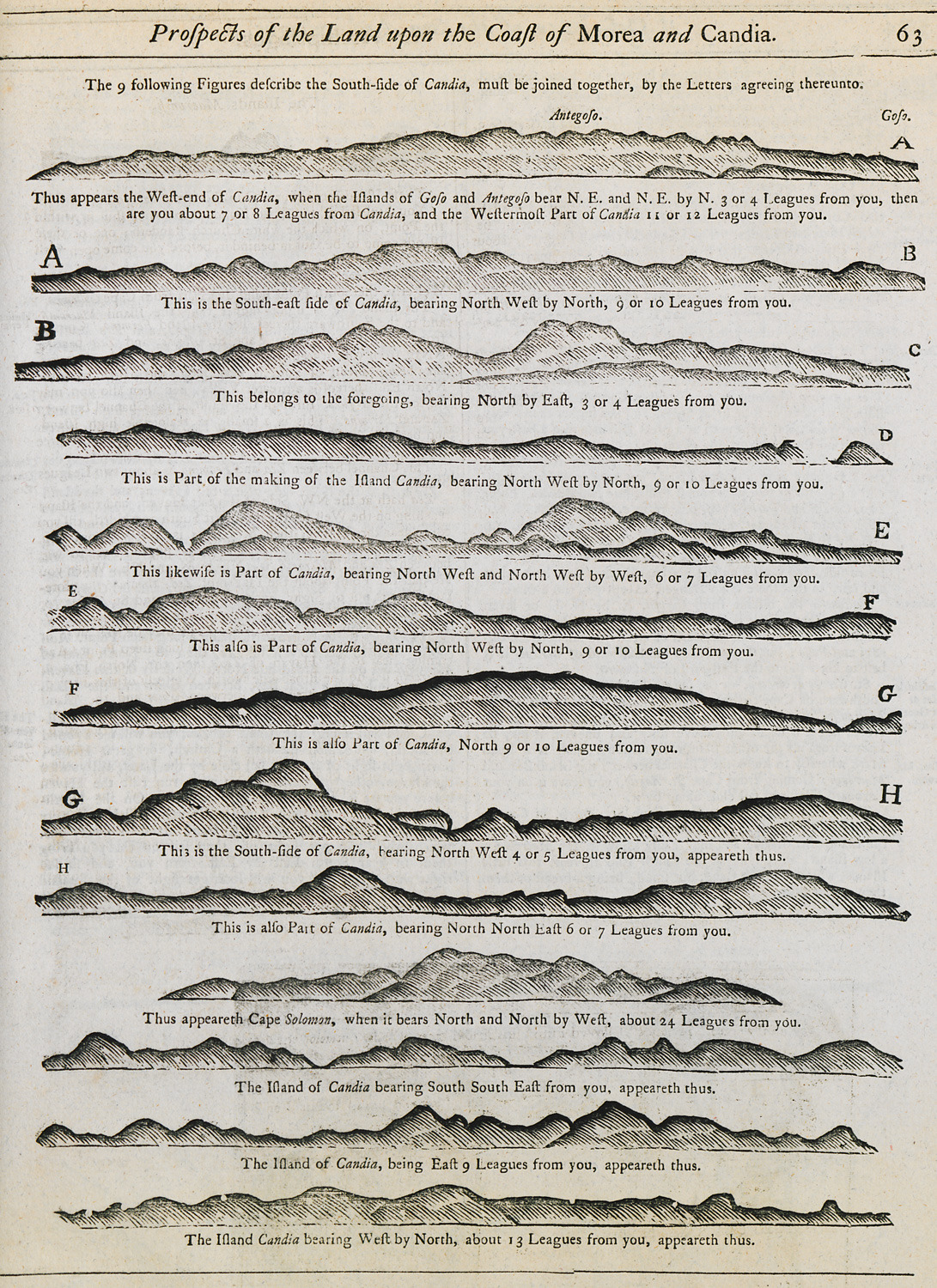 Outline of the coast of Crete as seen from the sea.