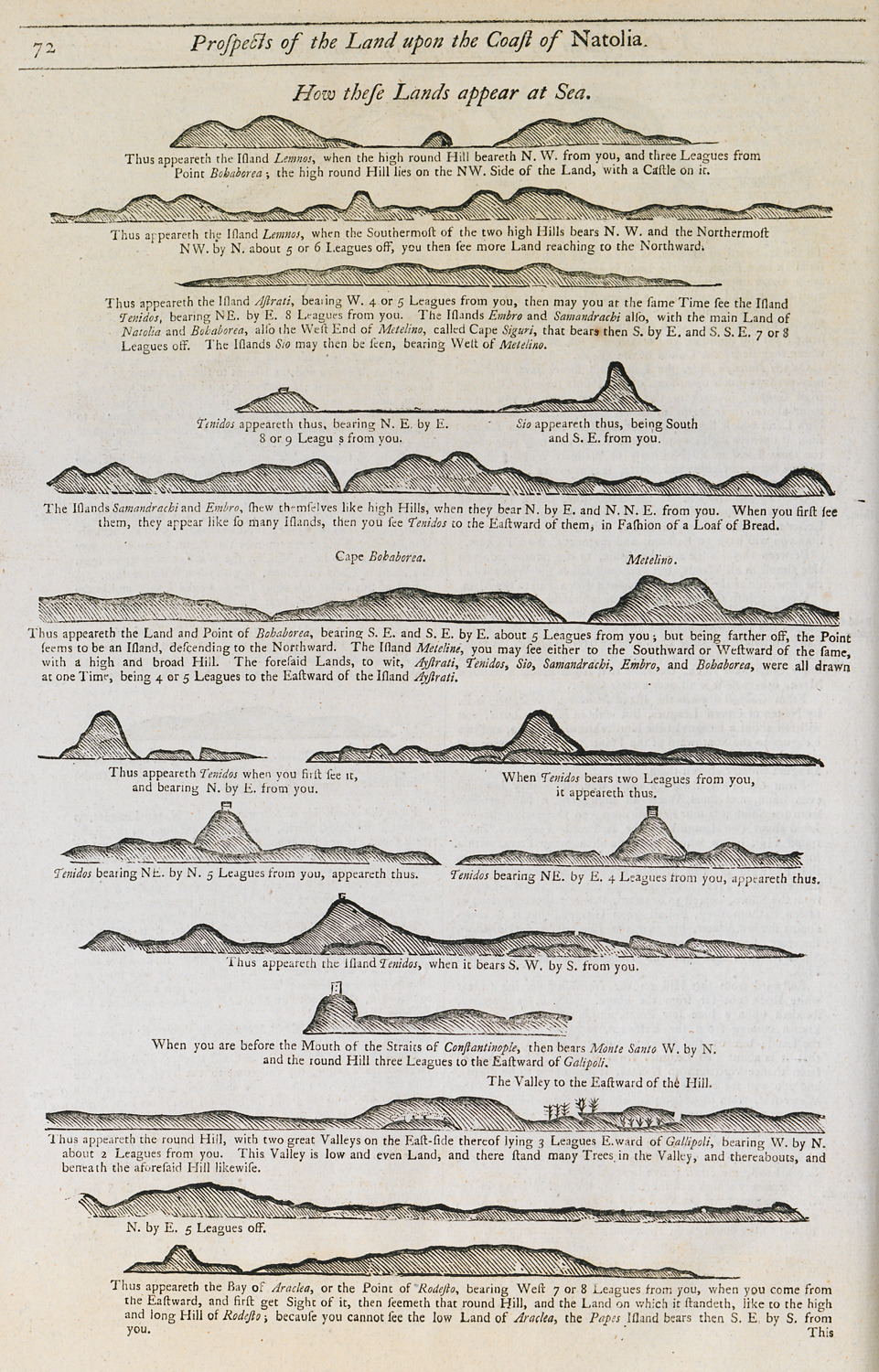 Outline of the coasts of Lemnos, Lesbos and Bozcaada (Tenedos) islands and the coast of eastern Thrace as seen from the sea.