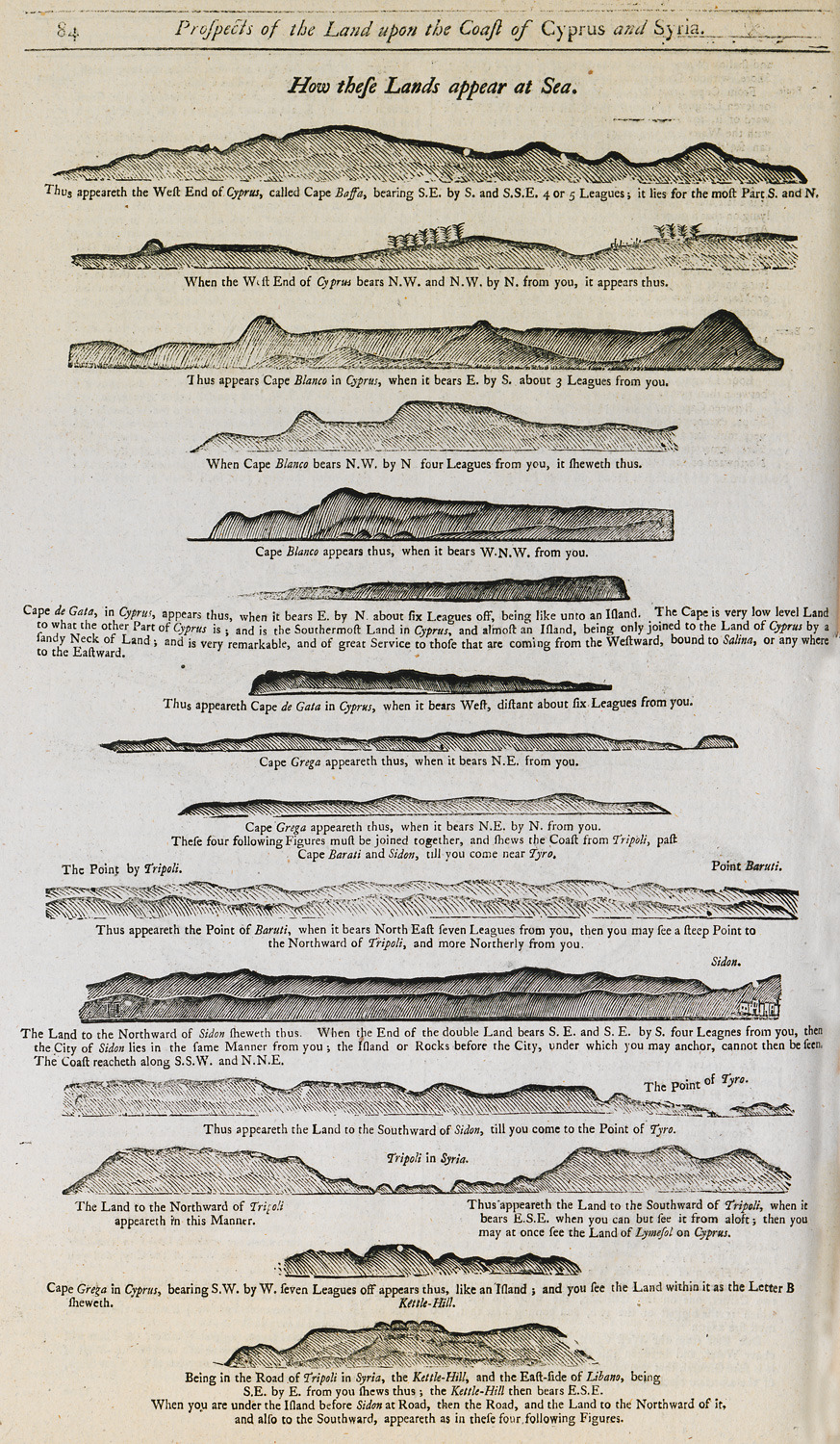 Outline of the coasts of Cyprus and Syria as seen from the sea.