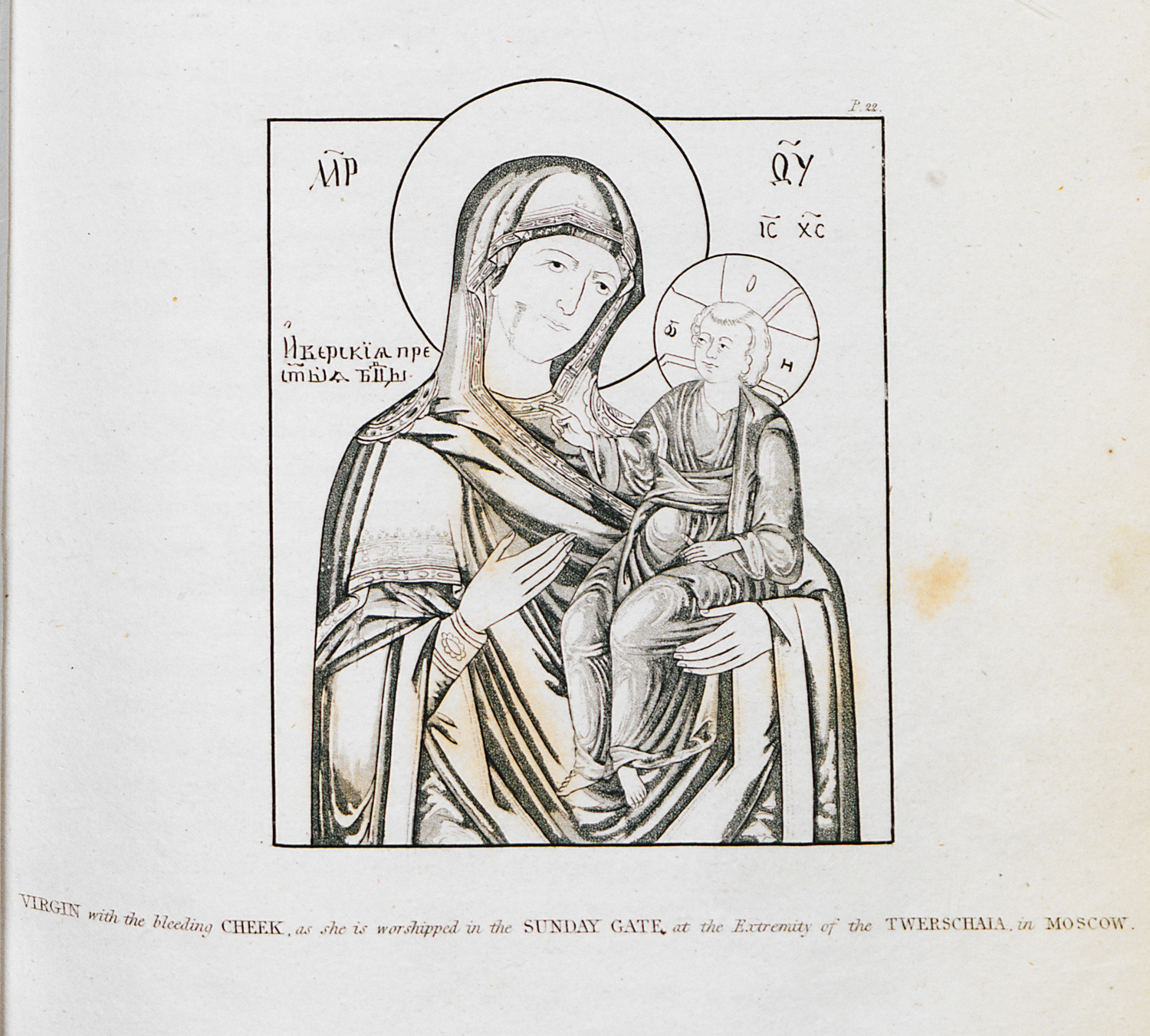 The Virgin of Iber (Bleeding Vrefokratousa). The icon was kept at the Gate of the Resurrection (today part of the Red Square) in Moscow. According to the tradition, the Virgin bleeds because she was stabbed in the cheek by an iconoclast.

Virgin with the bleeding Cheek, as she is worshiped in the Sunday Gate at the Extremity of the Twerschaia, in Moscow.