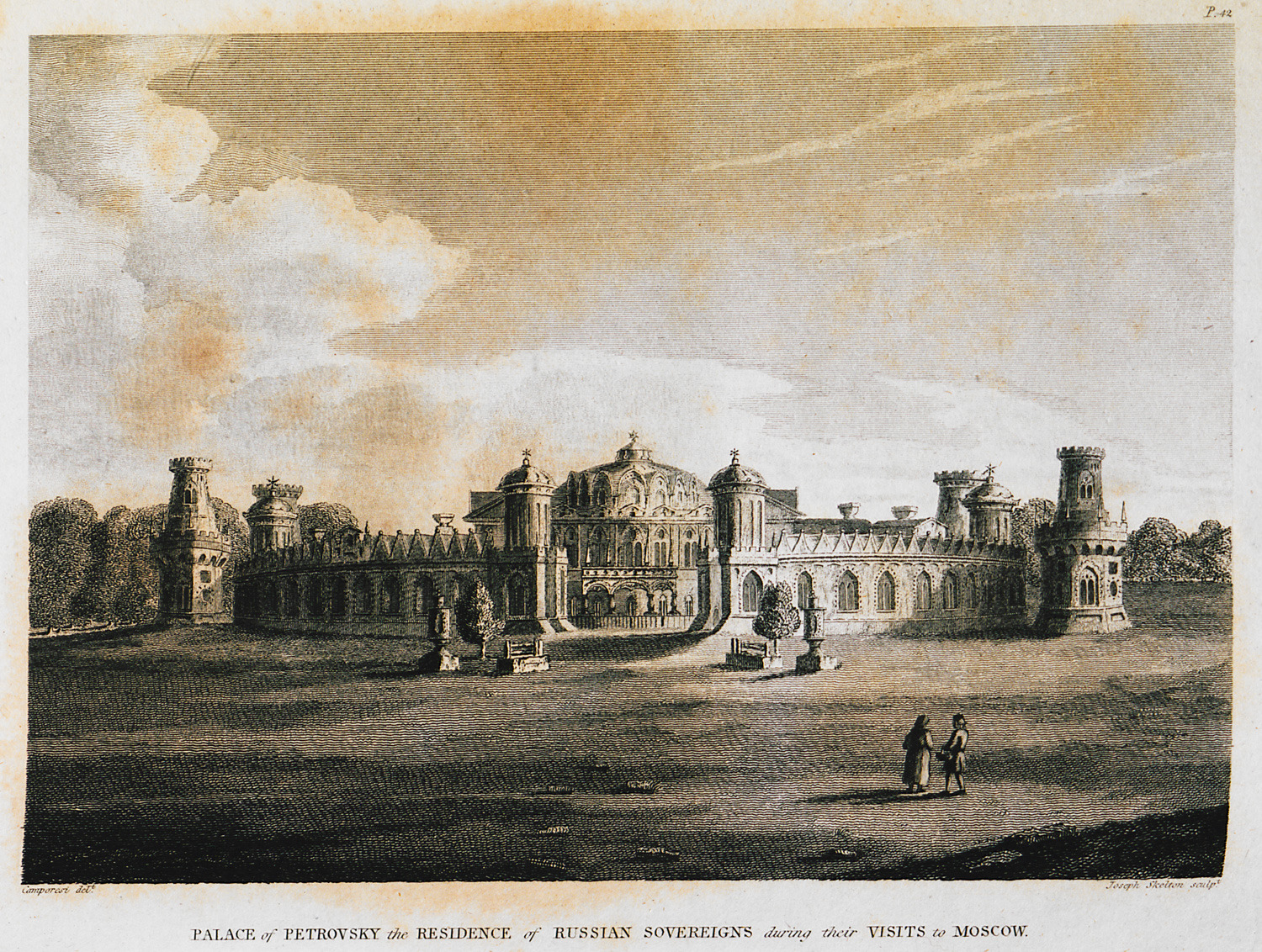 Petrovsky Palace at the entrance of Moscow. The palace was built in the era of Catherine the Great and was the penultimate stopover of Russian emperors in their journey from Saint Petersburg (then capitall of the Russian empire) to Moscow.

Palace of Petrovsky, the Residence of the Russian Sovereigns during their Visit to Moscow.