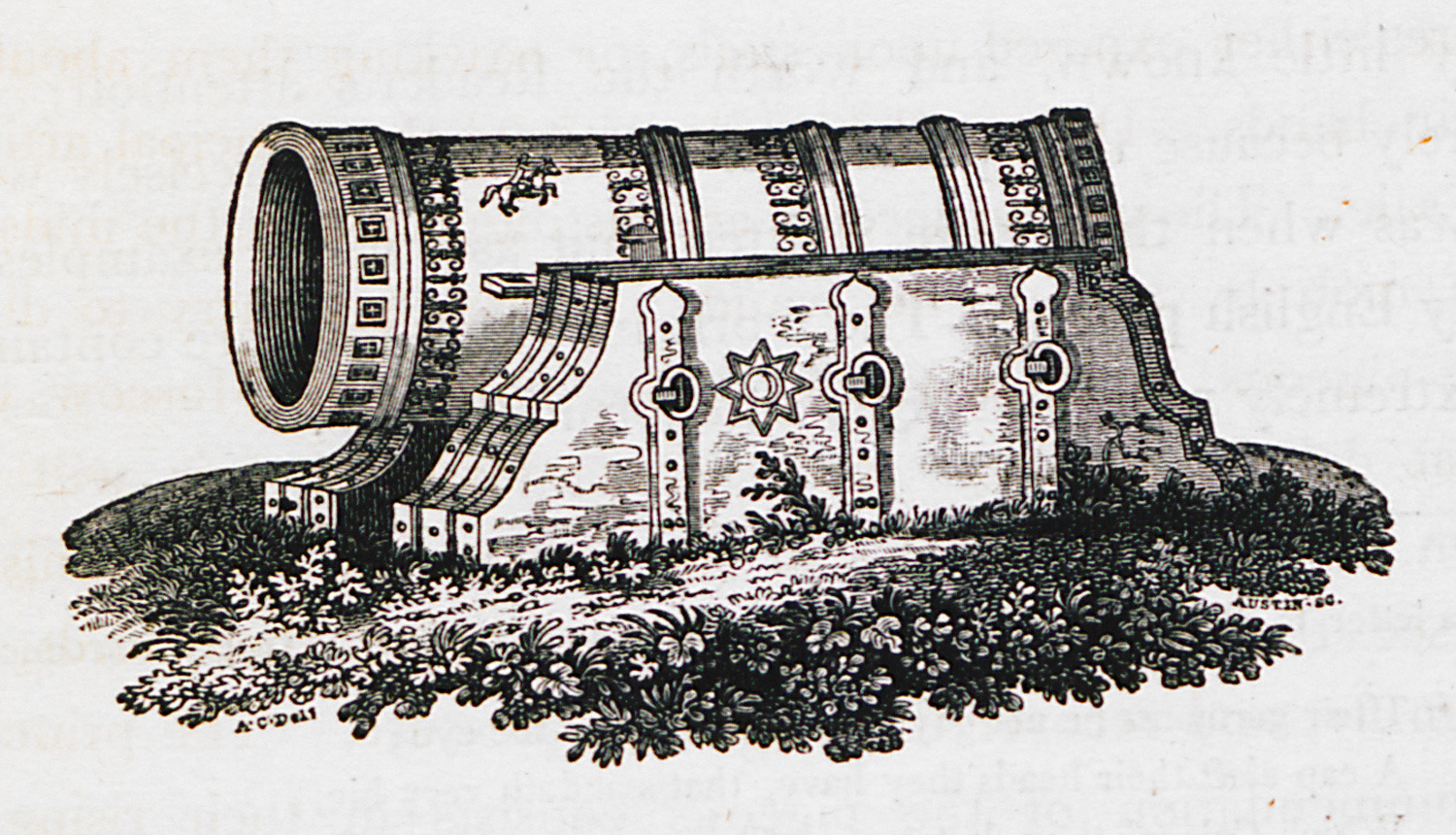 The Great Gun of Moscow or Tsar's Cannon at Kremlin gardens. Even though the cannon was never used at wartime, it served as symbol of the Russian dynasty from the 16th century onwards.