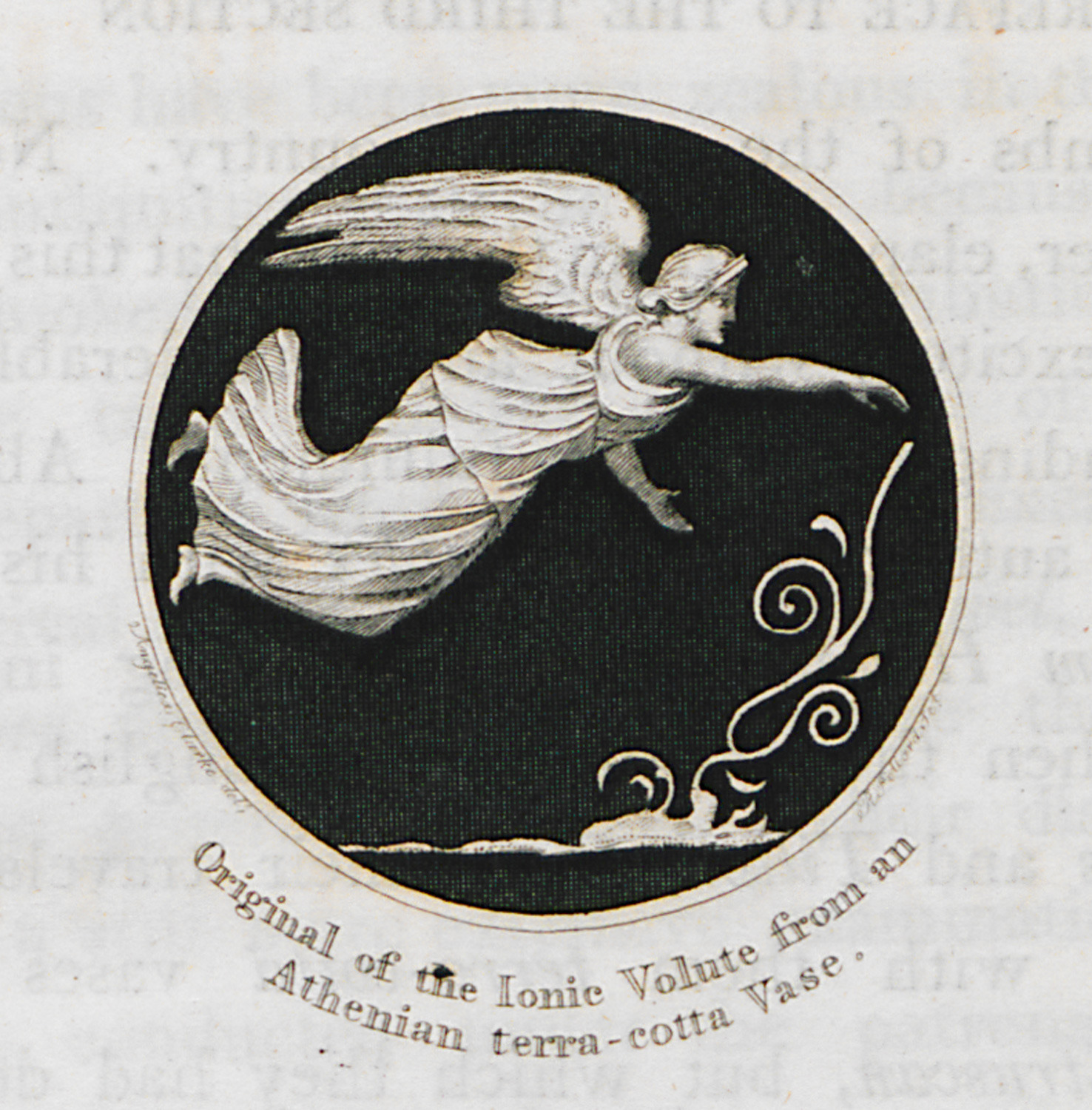 Figure from Athenian red-figure vase, holding trefoil shoot. According to tradition, the curling stem of a species of trefoil cpmmon in Greece gave inspiration to the volute seen in Ionic capitals.

Original of the Ionic Volute from an Athenian terra-cotta Vase.