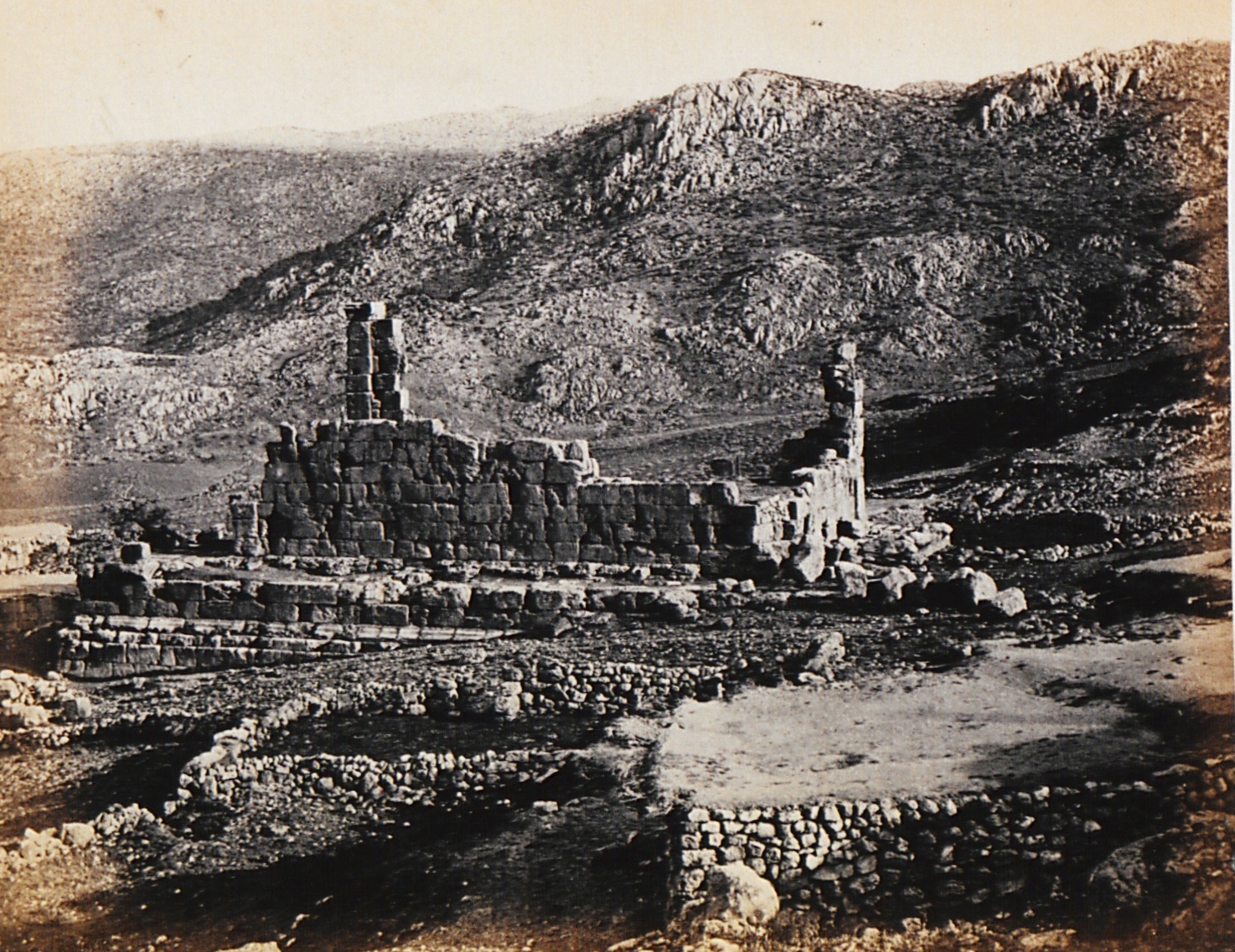 Remains of Roman temple at the village of Deir al-Ashayer, Syria.

Ruins of a Temple at Dervet-Ashayer. The Convent of the Tribes.