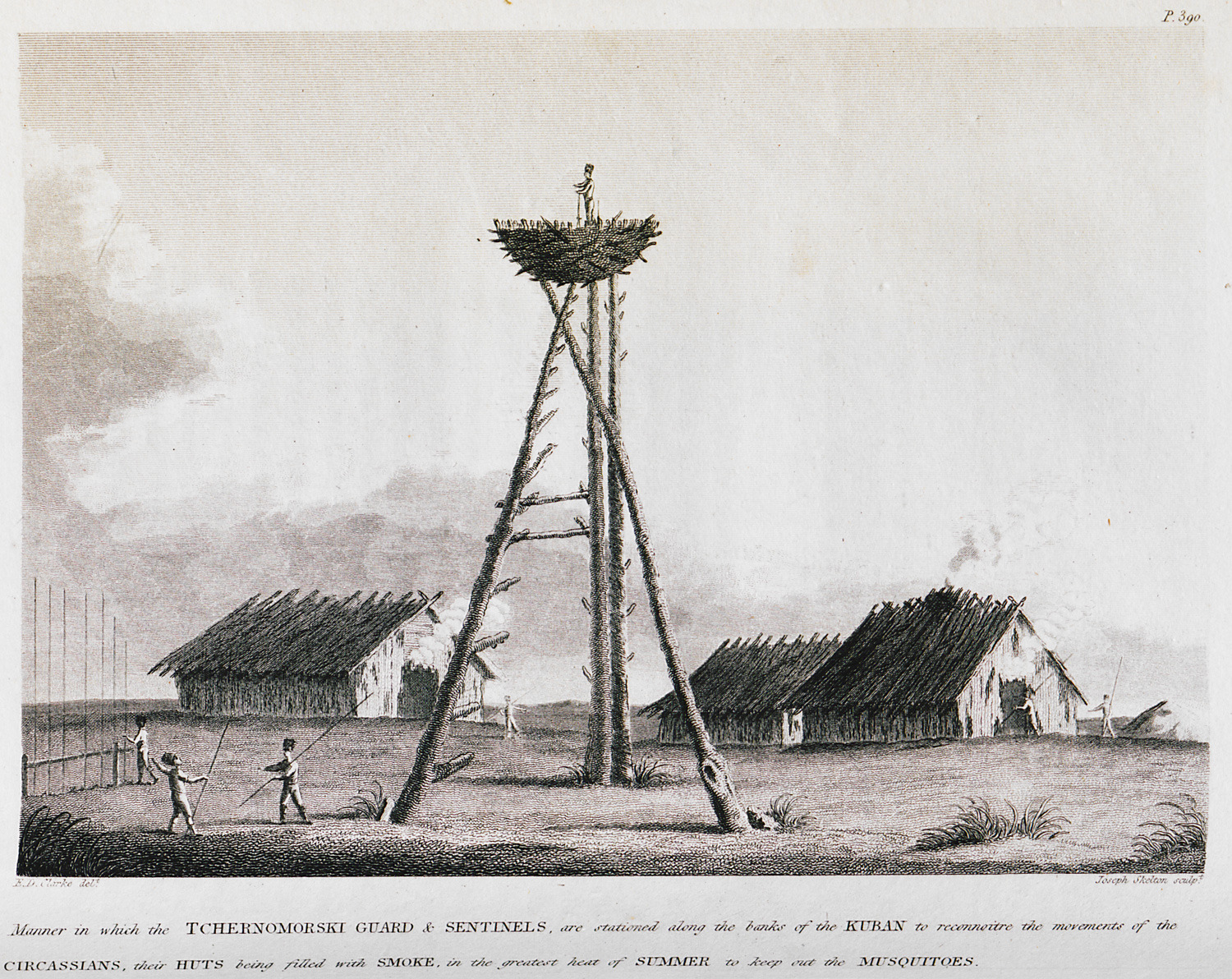 Observatory from which the Tatars of Kuban watched the movements of their Kirkassian neighbours. According to the author, in summer a fire was lit in these nests to keep the mosquitoes away.

Manner in which the Tscernomorski Guard and Sentinels are stationed along the banks of the Kuban to reconnoitre the movement of the Circassians, their Huts being filled with Smoke in the greatest heat of Summer to keep out the Musquitoes.